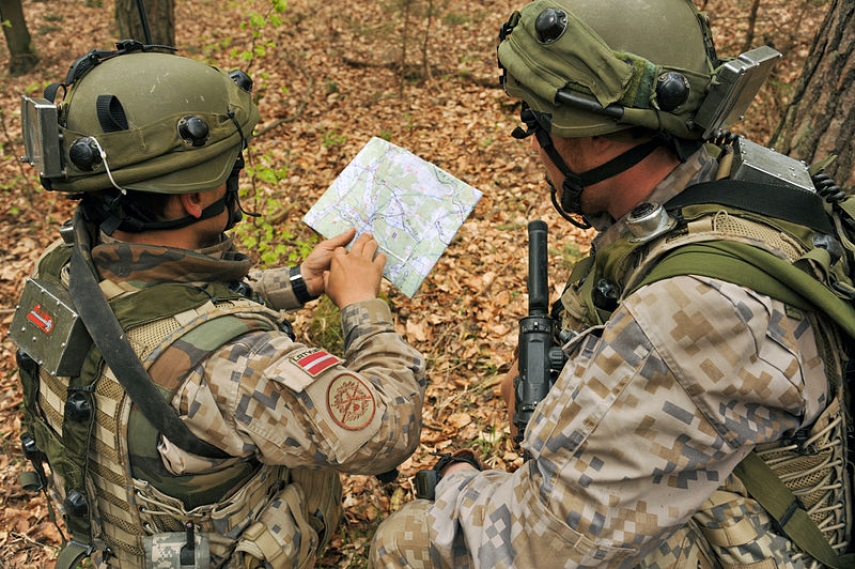 On May 27, Latvian prime minister Laimota Straujuma confirmed Latvia’s Cabinet of Ministers has approved a request to ensure a permanent NATO military presence in the country.

The announcement follows a closed door meeting on May 26, in which a report regarding Latvia’s NATO membership and NATO’s military presence on Latvian soil was reviewed.

Straujuma said government ministers were evaluating how plans proposed during the NATO Wales Summit in September 2014 are progressing. They concluded sufficient developments is being made.

The crux of the Wales Summit was to reverse the trend of declining defence budgets in order to strengthen relations between NATO member states.

In addition to Latvia, generals from Lithuania and Estonia will also request NATO deploys several thousand ground troops in their countries to act as a deterrent to increasing aggression from the Kremlin.

"We are seeking a brigade-size unit so that every Baltic nation would have a battalion," said Lithuanian military spokesman Captain Mindaugas Neimontas.

In response to the Baltic States’ request, NATO’s Supreme Allied Commander of Europe, Philip Breedlove, said the three countries were to seek “permanent rotational NATO forces” as a “deterrence measure due to the security situation in the region.”

Breedlove refused to confirm the number of troops that will deployed in the region, but suggested a standard NATO brigade could consist of around 3,000 soldiers.

However, in March 2015, Latvia’s Defence Minister Raimonds Vejonis explained the current infrastructure of Latvia’s barracks meant it would only be able to house a unit of between 500 to 600 NATO troops.

'We could accommodate more, but we need to develop the necessary infrastructure,” he said. “I would like to emphasise our goal is not to station as many soldiers as possible.

“If a crises arises, Latvia must be ready to host the necessary number of troops on its territory.”

In 2014, the United States and Norway agreed to station military personnel in all three Baltic States following the escalation of the crisis in Eastern Ukraine.

At present, the United States has 170 soldiers and 50 military vehicles, including several tanks, stationed in Latvia.

U.S. and Norwegian soldiers train and participate in military exercises together alongside Latvian soldiers.

Denmark and Germany have also announced they will be sending soldiers to Latvia later in 2015.