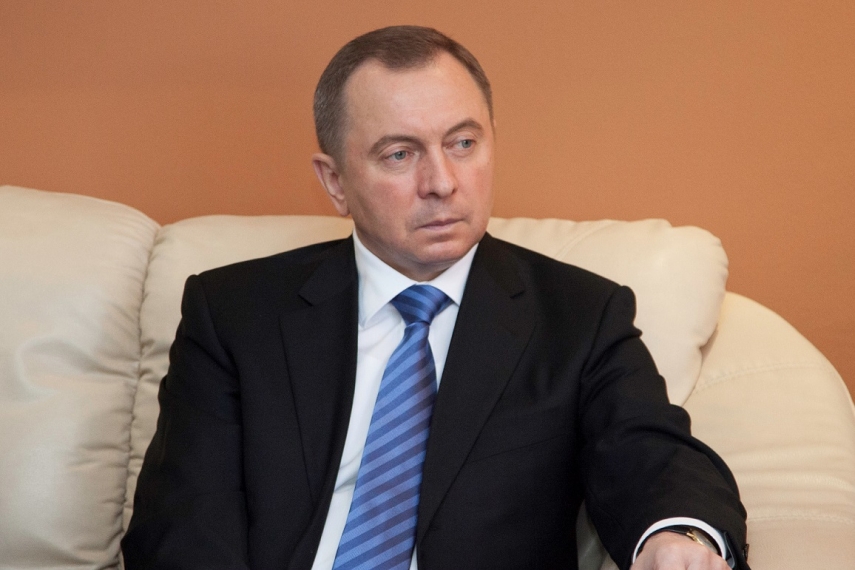 MINSK - Minsk would sign key documents with the European Union as early as tomorrow, but the position of one EU member is holding back the entire process, Belarussian Foreign Minister Vladimir Makei said.

"We see the possibility of swift completion of work on these documents but our partners should be moving a bit more in this vein too, and show a readiness to sign them," Makei said following a meeting with the president which focused on integration and cooperation with European organizations, the BelTA state news agency reported.

"From our point of view, these documents could be signed even tomorrow. But unfortunately, it turns out that due to the position of one of its members, the EU is becoming hostage to that country's policy, because one country is transferring some problematic nuances in bilateral relations to the whole of EU policy," Makei said.

This in particular stalls the signing of a joint EU-Belarus document on 2020 partnership priorities, which "contains requirements that are unacceptable for us at this stage. But we have not even received an official response to our proposals from the EU," he said.

As regards easing visa requirements, Minsk is also ready to sign the relevant document but the EU insists on tying it to a readmission agreement, Makei said.

The document would compel Belarus to readmit illegal migrants from various countries who crossed its territory en route to the EU, so now the country is working on how to compensate the cost of deporting such people, he said.

"We are currently working on a specific document which would be legally binding for all parties involved [Belarus and the EU], and which would allow raising external funding for the problem of sending illegal migrants from Belarus back to their countries of residence," Makei said.