Around 40 people picket in Riga against Russian aggression in Ukraine 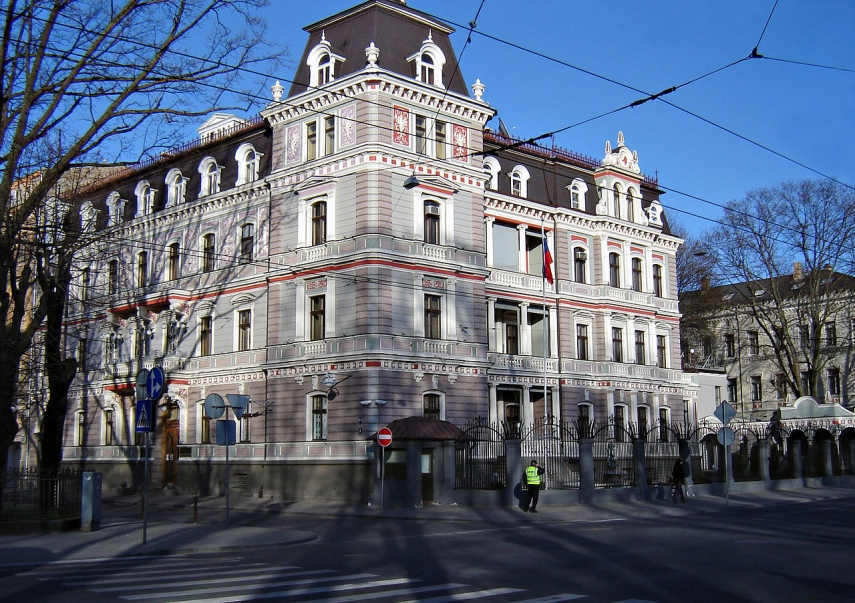 RIGA - Around 40 people gathered outside the Russian Embassy in Riga in the afternoon for a picket against Russian aggression in Ukraine, BNS observed.

About ten minutes later, a four times smaller group of Russia supporters arrived to stage a counterdemonstration across the street.

The people protesting Russia’s aggression showed their discontent with the counterdemonstration and called it a provocation. One of the protesters addressed the picket lambasting Russia’s evil deeds in Ukraine, but his speech later turned to Latvia’s domestic politics.

Police reacted to this by asking the activist to stick to the picket’s intended theme. The protesters then alerted the police officers to a young man who had been filming the protest and shouting provocative slogans in Russian, such as “Crimea is ours”. The police officers asked the young man to leave.

The protesters held placards painted in the colors of the Ukrainian national flag, as well as Latvian and Ukrainian flags, while other smaller signs denounced Russian President Vladimir Putin.

Around 20 police monitored the two meetings on both sides of the street.

The picket against Russian aggression in Ukraine was organized by activists from the Ukrainian Congress of Latvia.