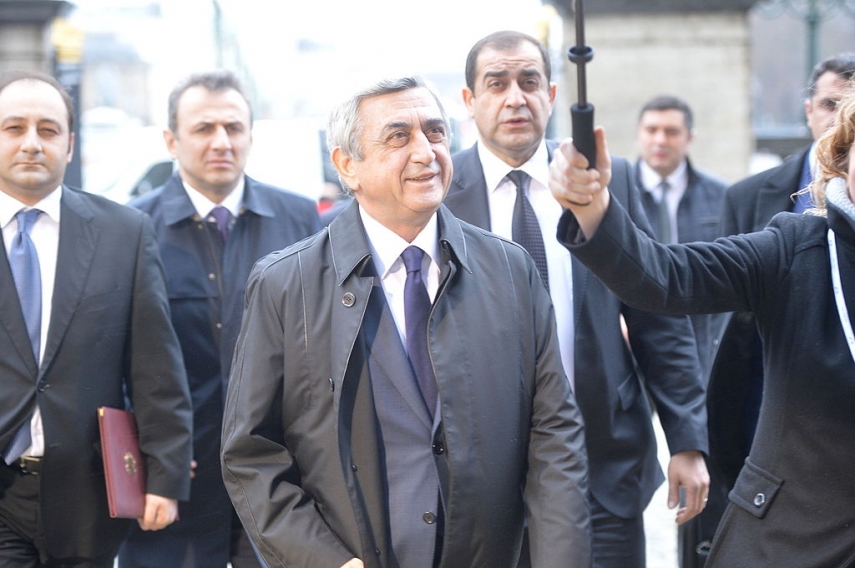 YEREVAN - Armenia and the European Union may agree on mutual visa liberalization within two or three years, Armenian President Serzh Sargsyan said in an interview on the television channel Armenia on Thursday.

"Our new agreement with the European Union is one thing, and visa liberalization is quite another. The issue was discussed at the Eastern Partnership summit in Brussels. Numerous problems exist, and this is a lengthy process. But I think the final goal can be achieved within two or three years if we do our job well," Sargsyan said.

He noted that the signing of the EU-Armenia Comprehensive and Enhanced Partnership Agreement (CEPA) cannot be viewed from the angle of concessions.

"Armenia has never viewed its dialogue with the West and Russia through the prism of contrasts. We have always been sure that we will cooperate and carry out a dialogue with both the West and Russia. The EAEU and the EU are huge markets, and it is our task to enlarge exports. We should balance our interests. Those who gamble on contradictions always end up with a headache. There are numerous examples of that," Sargsyan said.