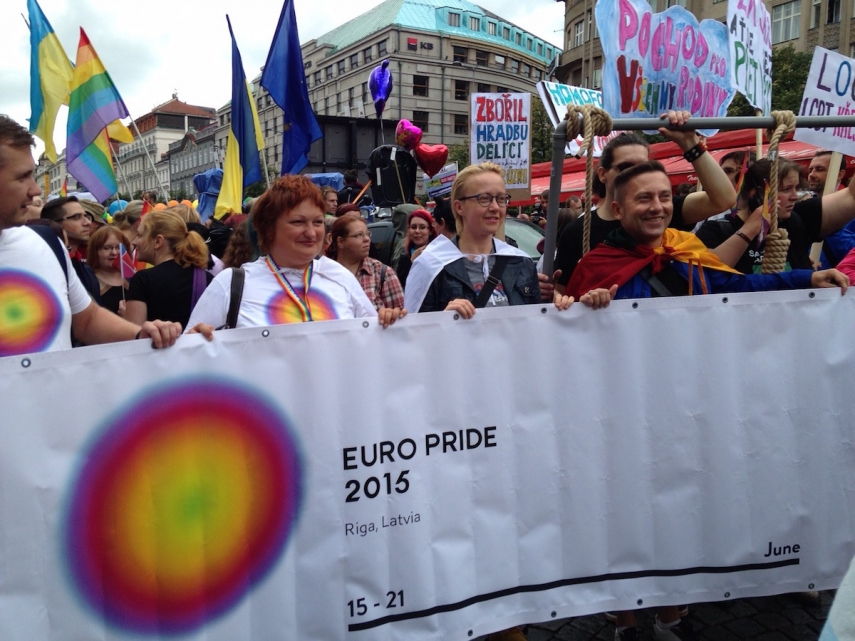 Mozaika, the group organising EuroPride 2015 in the Latvian capital, has praised the country’s law enforcement bodies for their cooperation.

However, the Latvian government has failed to embrace the event.

Speaking about EuroPride 2015 in December last year, Latvia’s President, Andris Berzins, said “homosexuality should not be advertised and imposed.”

Meanwhile, May 2015 saw Riga’s deputy mayor, Andris Ameriks, describe the event as an “ostentation exhibition, which was not conductive to mutual understanding in society,” and believes the event should not take place.

According to Amnesty International, Latvia’s government should “break its silence” and give a firm commitment to do all within its power to protect the LGBT activists taking part in EuroPride 2015.

“Instead of welcoming an event meant to champion openness and tolerance, Latvia’s leaders seem to be turning their backs on it.

“As the country holding the presidency of the European Union, Latvia should be leading by example in the fight against homophobic discrimination.”

According to Kasparas Zaltis, a board member of Mozaika, LGBT rights in Latvia remain a struggle.

“With homophobic violence a clear and present danger for activists in post-Soviet states,” continued Freeman, “this week’s EuroPride will hopefully send a message that progress is possible and deep-seated discrimination can be uprooted and replaced with tolerance.”

The parade will take place in Riga’s Vermanes Park, with Amnesty International activists joining Latvian LGBT activists for the event.