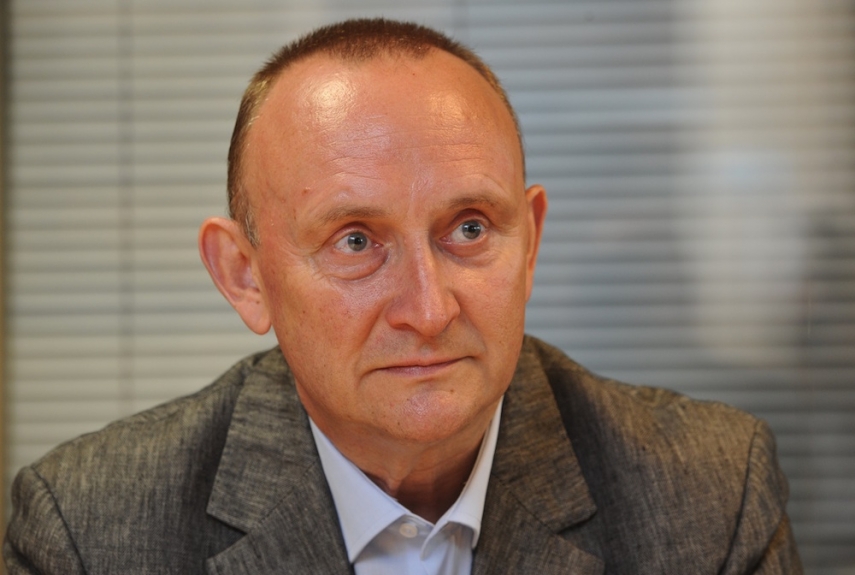 According to Latvia’s Ambassador to NATO, Indulis Berzins, the country’s public opinions reflect a child-like way of thinking surrounding the issues of admitting refugees affected by the Mediterranean Crisis, and defence spending.

He added Latvia, as a member of the European Union and NATO, is now “in a different league” and must show an entirely different attitude towards these issues.

Berzins, who is due to take office as Latvia’s Ambassador to NATO on September 1, received his letters of credence from recently elected Latvian President, Raimonds Vejonis, on July 30, 2015.

After the meeting with the president, Berzins indicated global and pan-Baltic security could be improved. He confirmed his conversation with Vejonis focused on what should be done to improve the security situation in Latvia.

Berzins said as Latvia's new NATO Ambassador, he will be responsible not only with communicating Latvia's position to Brussels, but also with explaining NATO decisions to those living in Latvia.

"From this point of view, there are two extremely important and pressing issues concerning Latvia,” said Berzins. “Raising the defence budget and the refugee issue.”

He outlined that in line with current NATO legislation, Latvia is obliged to raise its defence spending to 2 percent of its GDP by 2020.

However, the government has committed to meeting this target by 2018.

"It means that no matter how difficult it might be, the increase must be ensured also in 2015,” he continued. He added he expects the defence budget to grow to approximately 1.4 percent of GDP this year.

Berzins also said Latvia’s Defence Ministry fully comprehends what needs to be done in order to increase its defence budget.

"Here we are talking about wise and reasonable spending, not just absorbing money into the GDP.

“The Defense Ministry has worked this out, and I am completely confident they are ready to spend more wisely and sensibly if they are given the appropriate funds.”

Berzins also commented on the admission of refugees affected by the crisis in the Mediterranean to Latvia.

He outlined should Latvia expect other countries to help it in times of adversity, Latvia must assist fellow EU and NATO member states which are also experiencing difficulties.

"Without helping others, we cannot expect others to support us,” he continued. “This attitude when we, like small children, want others to give us more and more, while we give nothing in return, is just not working.”

“We are adults now. We are in a different league. We have been in the EU and NATO for a long time already.”

Representatives of the Latvian Foreign Ministry told BNS when Berzins assumes his role as Latvia’s NATO Ambassador on September 1, 2015, incumbent, Maris Riekstins, will become the inspector general of the Foreign Ministry in the autumn.