About a united Europe and global challenges 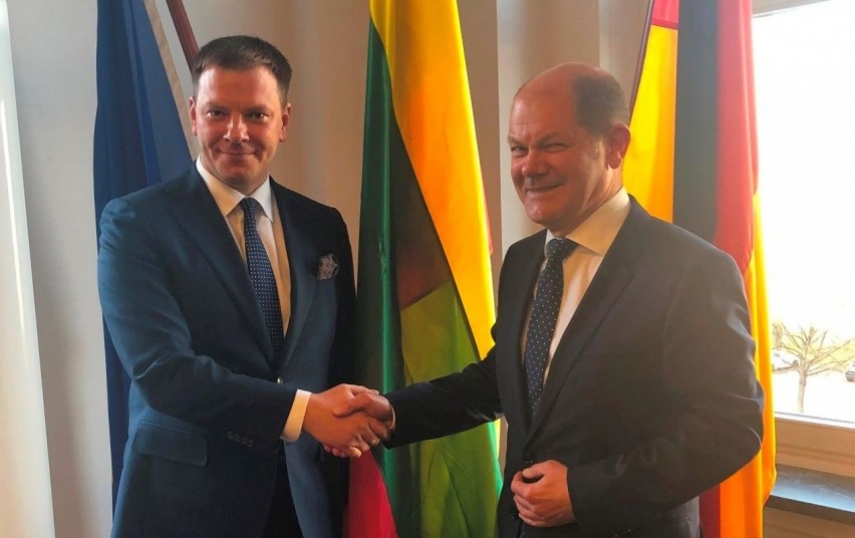 Though the ministers agreed that it was important to arrive at a timely agreement on the MFF, Minister of Finance V. Sapoka noted that negotiations on main financing priorities and the EU budget size should be continued.

“The EU leadership of major countries is extremely important, however, the voice of each country should be heard. We discussed with the minister the areas of common positions of Germany and Lithuania, however we did not avoid the issues with different views of the countries. We searched for a compromise and agreed on a closer cooperation. In the backdrop of global challenges, it is important to focus on solutions reinforcing the foundations for sustainable growth in the euro area, to achieve the objectives pursued in developing the Banking Union and Capital Markets Union, to accelerate the convergence and investments “, stated Mr. V. Sapoka.

Minister of Finance of Lithuania presented the priorities of our country as well as its position with regard to matters of taxation. Though the European Commission proposes to phase out the unanimous decision-making on matters of taxation, Lithuania does not support such a proposal.

Next month in Frankfurt he will meet Minister of Finance of the State of Hessen Dr. Thomas Schafer, Fintech community.