71% of survey participants spend too little time on handwashing 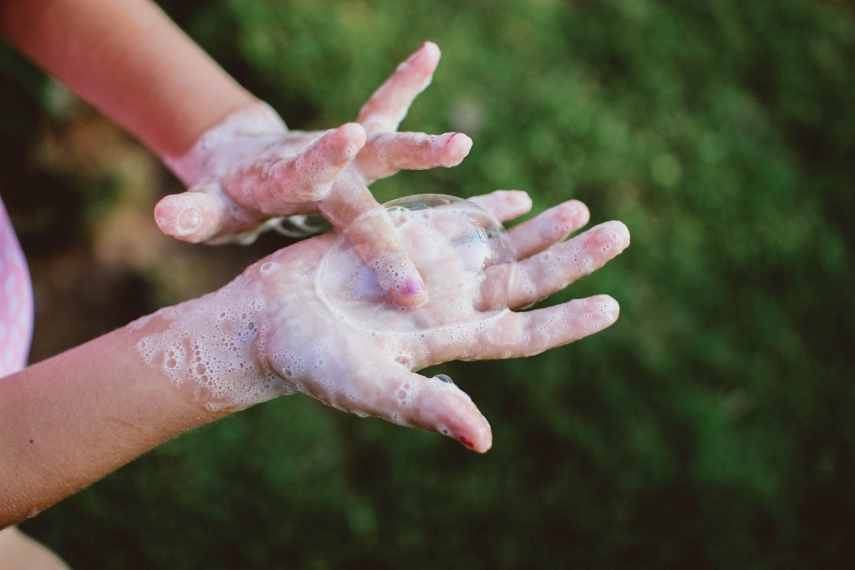 Most of the surveyed* residents of Latvia (71%) said that they spend an average of 20 seconds on a single handwashing, while the World Health Organization recommends to spend 40-60 seconds on thorough hand washing with soap. To remind about the principles and significance of the correct hand hygiene, and to educate both children and adults, JSC Drogas organizes the campaign “Wash your hands correctly!” for the sixth year.

Despite the comparatively good knowledge of residents about handwashing, the survey by JSC Drogas indicates several shortcomings in daily habits with rushing being one of them. 10% of the respondents wash their hands only for a couple of seconds, 28% estimate that they devote around 10 seconds to handwashing, while 33% wash hands for 15 to 20 seconds, but 15% don’t know how much time they spend on handwashing.

Infectiologist of Children’s Clinical University Hospital (BKUS) Dace Rasmane states: “This century requires us to act quickly in everything, however rushed handwashing leads to inability to remove dangerous microbes and bacteria. Thus, leading to loss of meaning of handwashing, which should, from the application of soap to hand drying, last at least twice as long than the general population is used to. We have “slow food” and we might as well introduce “slow handwashing”.”

The most often used handwashing product is the liquid soap – it was preferred by 79% of the respondents. According to D.Rasmane, this is also the safest type of soap, while bacteria might reproduce on soap bars, liquid soap is protected from it by the dispenser. The fact that 85% of the survey participants wash their hands more often during flue and other infectious disease epidemics, protecting themselves and others from infection, is commendable. Residents also take responsibility for their children – 79% respondents said that they closely follow that their children wash their hands and remind them about it.

“Survey results show that the society is comparatively informed about handwashing, however we still have ways to go to get the top mark. Besides, knowledge is one thing, but acting is another. Therefore, JSC Drogas for the sixth year in a row organizes the campaign “Wash your hands right!” with various activities, including volunteer visits to nurseries, wall painting in the Children’s hospital, picture drawing competitions, etc., while also teaching and reminding about the principles of correct handwashing. It is a simple, but a very efficient way to avoid many diseases,” says Drogas marketing and public relations director Ilze Kristuka- Scheglova (Ilze Kirstuka-Ščeglova).

This year the campaign “Wash your hands right!” activities will begin on 14th of October and last until the end of month. On the international handwashing day, 15th of October, the Drogas volunteers will visit BKUS to give soap and educating materials, as well as to organize performances by the campaign characters Soap Bubbly and the Vile Microbe. Both characters in October will visit nurseries across Latvia to teach children to wash their hands correctly in a fun and attractive way.

Website www.mazgarokas.lv provides various informative materials, colouring pictures, videos and other materials in Latvian and Russian languages, which families and medical organizations are invited to use freely.

*Drogas survey was disseminated on social networks. 618 respondents participated in the survey on handwashing habits. The survey was organized from 30th of September to 7th of October 2019.

Established in Hong Kong in 1841, A.S. Watson Group is the world’s largest international health and beauty retailer operating 15 200 stores under 12 retail brands in 25 markets, with over 140,000 employees worldwide. For the fiscal year 2018, A.S. Watson Group recorded revenue of US$21.5 billion. Every year, we have over 5 billion shoppers in stores and online. A.S. Watson Group is also a member of the world-renowned multinational conglomerate CK Hutchison Holdings Limited, which has five core businesses ‐  ports and related services, retail, infrastructure, energy and telecommunications in over 50 countries.