Work of political parties on new coalition has been unsatisfactory – Vejonis 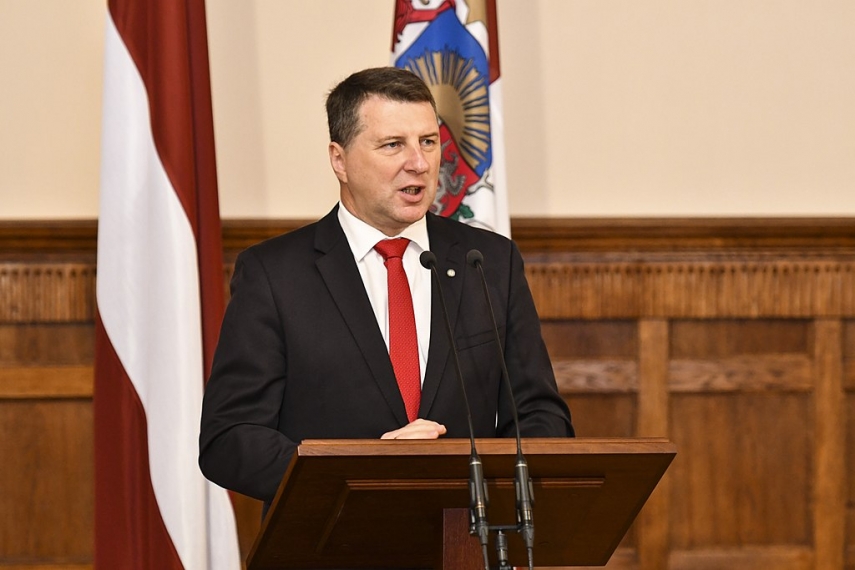 RIGA – The work of the political parties elected to the new Saeima on formation of the new coalition has been unsatisfactory, said Latvian President Raimonds Vejonis.

According to the President’s Chancellery, Vejonis has invited candidates for the prime minister – Aldis Gobzems (KPV LV), Janis Bordans (New Conservative Party) and Artis Pabriks (For Development/For) - to meetings at the Riga Castle on October 30.

"The consultations of the parties elected to the 13th Saeima, the progress in talks on the future coalition and new prime minister have been unsatisfactory. At present no agreements have been reached on the future coalition and tasks. This not only hampers a possibility to achieve a majority support to one of the candidates for the prime minister, but also poses risks that the new Saeima on November 6 will not be able to agree on the new Saeima speaker and presidium," said Vejonis.

According to the Latvian Constitution, the president will be able to nominate the new prime minister only after the new Saeima convenes for its first meeting and the incumbent Cabinet of Ministers steps down. The first meeting of the new Saeima is planned on November 6.