With the Riga Jurmala Music Festival, Latvia takes a big leap to the top of Europe again 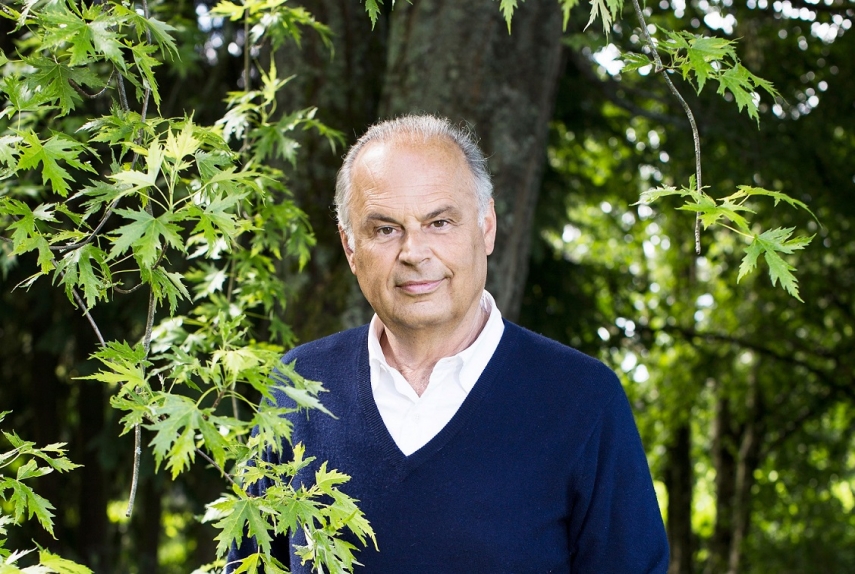 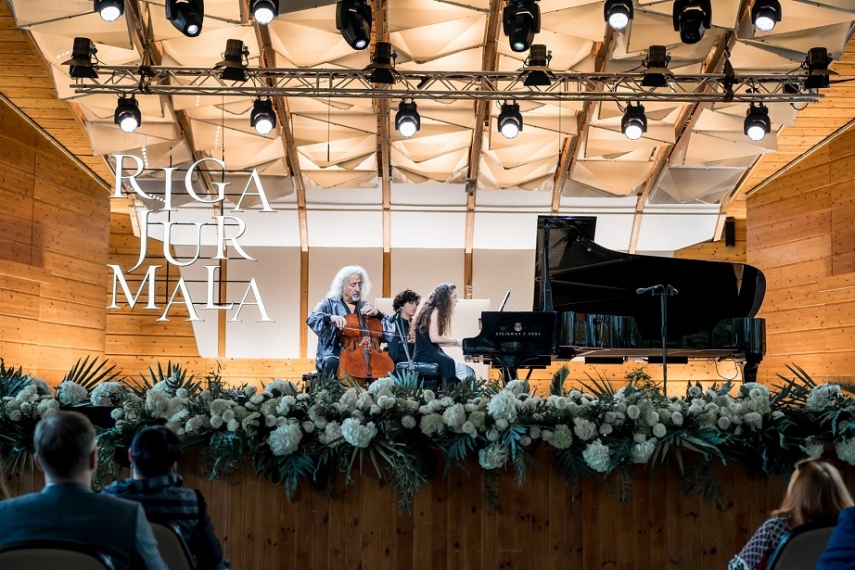 The festival was made possible thanks to a powerful supportive group of investors, led by banker and politician Petr Aven. Mr Aven said at the opening press conference that his goal is to create a significant music festival that would be competitive with similar festivals in Europe, making thus Latvia wider known.

Festival’s executive director Miguel Esteban – a co-founder of the Verbier festival, Vice President for Artists and Events at the Universal Music live event, U-Live – mentioned that the artistic team wants to create something exciting of high quality and that orchestras have reacted already very positively to the new event. “It’s a new incredible journey to start!”, he said.

This new festival will take place in 4 different weekends. The opening weekend was held from 23 rd to 25 th of July in the historical Golden Hall of Latvian National Opera and in the Great Guild Hall. First orchestra to be presented was the famous Bavarian Radio Symphony Orchestra, known as the orchestra of legendary Latvian conductor Mariss Jansons.

Unfortunately, due to the health problems, Maestro couldn’t take part in the festival and orchestra played under the baton of Finnish conductor Susanna Mälkki.

The first soloist during this weekend was Lithuanian-born violinist Julian Rachlin. He is the winner of Eurovision Young Musician contest and has already worked with such conductors like Claudio Abbado, Lorin Maazel, Mariss Jansons, Zubin Mehta. Another famous soloist was Austrian pianist Rudolf Buchbinder, known for his interpretations of the First Viennese School.

Young rising stars in the line-up were already well-known Lithuanian-Russian pianist Lukas Geniushas and Briton Martin James Bartlett. Lukas Geniushas, the graduate of the Moscow Conservatory is the second prize winner on such prominent competitions as the International Tchaikovsky Competition in Moscow and the International Chopin Competition in Warsaw. He comes from a family of musicians, his grandmother was Vera Gornostajeva, legendary piano professor at the Moscow Conservatory. 23-years old Martin James Bartlett the winner of BBC Young Musician of the Year 2014.

All information about upcoming events is on the website www.riga-jurmala.com.

Riga Jurmala Music Festival was lucky enough to become for its artistic director very experienced and well-known Martin T:son Engstroem. Martin T:son Engstroem got his degree in music history and slavic studies at Stockholm University. From 1999 to 2003, he was the Vice-President of Deutsche Grammophon for the sector “Artists and Repertoire”, from 2003 to 2005 the Senior Executive Producer & Artist Development. He has been a member of the juries in numerous competitions, e.g. Tchaikovsky Competition and Paganini Competition. 1991 he founded one of the world’s most prominent classical music festival in Verbier, Switzerland. Engstroem is also a founder of a new big classical music festival in Tsinandali, Georgia. The first edition of Tsinandali Festival takes part from 8 th to 22 nd of September.

How was it possible to create such a star-studded festival in Latvia?

Martin T:son Engstroem: In Latvia had developed quite a unique situation. Music festivals usually start with limited financial resources and build around what’s available in the area. But here we had people who wanted to create a big international classical music festival and supported it in every way.

When Petr Aven, the chairman of a group of investors, offered me the post of festival's artistic director, I first took some time to think. I am quite busy with my current festivals and hadn’t planned to lead another festival.

What made you to accept this offer?

I have been always passionate about classical music, already at a very young age, surrounded by classical musicians. During the Cold War, Sweden and Finland were the few places where great Soviet artists could regularly perform. So, I met all these legendary musicians and made many contacts.

At that time there were Jurmala and Sochi Goskontsert’s official summer resorts. Many of great artists like David Oistrakh, Leonid Kogan, Emil Gilels spent their summers in Jurmala. My honeymoon with my first wife was in Jurmala. Riga reminds me of Stockholm's old town. I felt some kind of nostalgia and thought – now I can give to this region something back.

Petr Aven asked me for a concept of the festival and suggested to focus on orchestras. There are not too many orchestra-oriented festivals around. My idea is to bring same orchestras to the festival for at least three consecutive years. I do so in Verbier as well, 80% of artists are invited every year. So, the audience can get emotional connection with the performers, they can listen to the rehearsals, talk to the musicians, have lunch at the same restaurant. It is important that orchestras and artists become part of the festival and are not like vagabonds who come and go. I want festival to become a social event.

My other big goal is to bring tourists to the area, introduce and promote the land with the festival. Right now, music travel is becoming more and more popular. For instance, it is the French who buy most of tickets to the Salzburg Festival. Many agencies organize such trips. Such tourists stay in good hotels, dine in gourmet restaurants, they enjoy the whole package: the area, the sights, the concerts!

While doing this you can rely on your experience from the Verbier festival.

That’s true, but organizing a festival is a never-ending work. In earlier times already artist’s poster somewhere on streets gained attention and the concert was sold out. Now needs to be done much more. There are so many choices, so many eventss. Not everything is even on the Internet, you must think hard about how to reach your audience. I always tell my team: the audience is not buying tickets the concert, we are selling them to them.

For that you need to know what people want.

We need to know our audience. We do research and try to find a way to the listeners.

In Verbier, it seems that you already know your audience.

It may seem so. But we start from scratch every year and have to be very creative. There is no guarantee, you cannot sit down and say: now everything works by itself.

People are buying more and more tickets at the last minute. This makes the festival organizer nervous. Halls cannot be left empty. Should we discount our rates? Or take the courage and hope that the concerts will still be sold at a bargain price.

How does it work with Latvian audience?

It is too early to draw any conclusions. I don't know the audience here so well. Are they conservative or curious or want to listen to something new? Can I give them, for example Messiaen’s Turangalîla Symphony? Or should we play just Beethoven, Brahms and Tchaikovsky?

Your festivals have always star-studded cast. But how do you find and select new young artists there?

Finding new talents is my passion. I am curious about everything: where the talent comes from, how does it develop, why one builds up a career and another one doesn't. I often find interesting young people when I am sat in a jury of competition. I am often in the jury of the Tchaikovsky Competition. This year I was chairman of the jury for the violinists. If I hear someone there whom I like – it doesn't have to be the first prize, it may be as well the 4th or 5th prize – then I invite them to my festival. I talk to them, listen to their dreams. And then I'll try to support them the way I can.

Do you plan to invite more artists from the Baltic countries to the festival in the future?

This year we were very much looking forward to receiving maestro Jansons for our festival. Of course, we wish that Andris Nelsons, Elina Garanča could come in the future. I've talked to Nelsons about this, but he's a very busy conductor with two big orchestras. Maybe we'll find an opportunity. I am also interested in some Latvian young instrumentalists, there are some very interesting pianists in Latvia. Of course, we are also interested in other famous musicians from the Baltic States.

But my primary desire right now is to bring world stars to the area, such as this year Zubin Mehta, Yuja Wang, Murray Perahia.

How to become a successful artist nowadays?

Being successful right now is very different from how it was in earlier times. Back then a sinister, even tortured musician entered the stage, almost never smiled, played his recital and left. Nowadays a musician must be a communicator. The audience is not an abstract set of people, artist must know how to interact with its audience, the artist has to convince his audience what he is doing. There are those who know it very well. For example Lang Lang. He may not be the greatest musician of our time, but he is a very good communicator. Anyone can see his success.

Big record companies – like Deutsche Grammophon – prefer artists who communicate well, give interesting interviews and look good on photos. It's the package that counts.

What should be done to popularize classical music?

We are living in times where people have very little patience and lack of concentration, it’s hard for them to sit still for a longer period. They buy one piece in Spotify, an etude or a nocturne, because they can't listen any longer. However, I see that the audience for classical music is growing, and I believe that classical music will survive all his problems.

Family plays a big role here. If there is no interest in classical music at home, it is difficult for young people to find their way to it. Many discover the classical music in their adult years. You might not start by visiting all concerts during the season, but you may go to a summer festival. You can go there with the whole family, the festival is less strict, you don't have to be afraid of doing something wrong.

I've told to my kids: imagine living in a five-room apartment where one room is classical music, another one is art, the third one is architecture and so on. You won't open the doors to these rooms, because you are not interested in them. This also means that your living space has become very small. But do give yourself a chance and your space will become more and more open. I think everyone owes it to themselves.