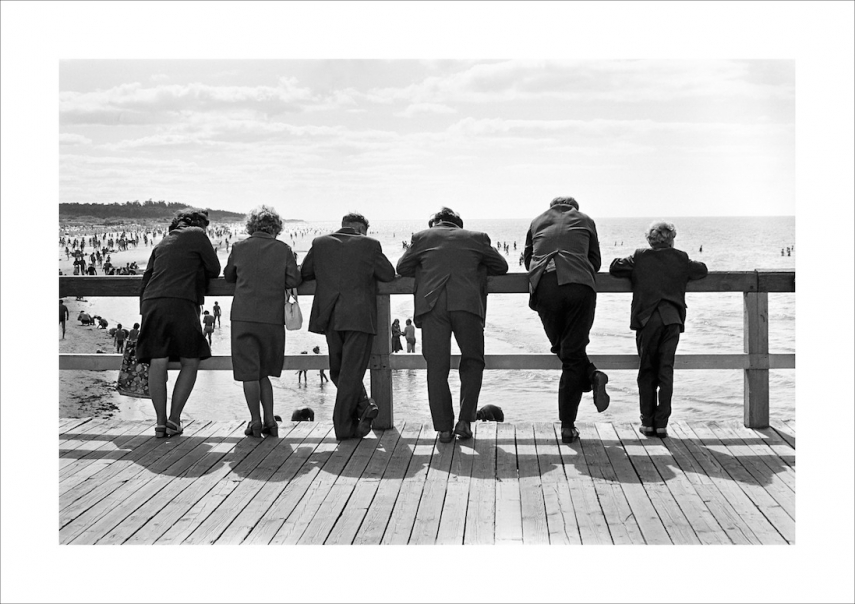 Sunny days at the beach

Kaunas - Palanga remains the go-to beach spot for Lithuanians looking to find respite from humid summer days. Celebrated Lithuanian photographer Algimantas Kuncius has been taking photos at this seaside resort for almost 50 years, and his latest exhibition “Sundays at the Seaside: Palanga 1965-2014” is being shown at the Kaunas Photography Gallery until March 1st.

Kuncius, known for his numerous exhibitions and photo albums that have captured the essence of Vilnius’s winding streets and the mystical allure of its eclectic neighbourhoods throughout the decades, shows us a different side of his oeuvre, that being snapshots of people on holiday against the light coming off the sand and the Baltic Sea in these masterful black-and-white photographs. Among the masses going to the beach to relax and dip their feet in the water are headscarf-covered grandmothers and men decked out proudly in their swimsuits. The decades bring with them the slow march of time, though the people’s carefree and natural expressions remains very much the same. His photos capture the passing of time through people passing their time on the sand in the sun.

The exhibition lasts until March 1, with launch of an album of the photos on display taking place in February.