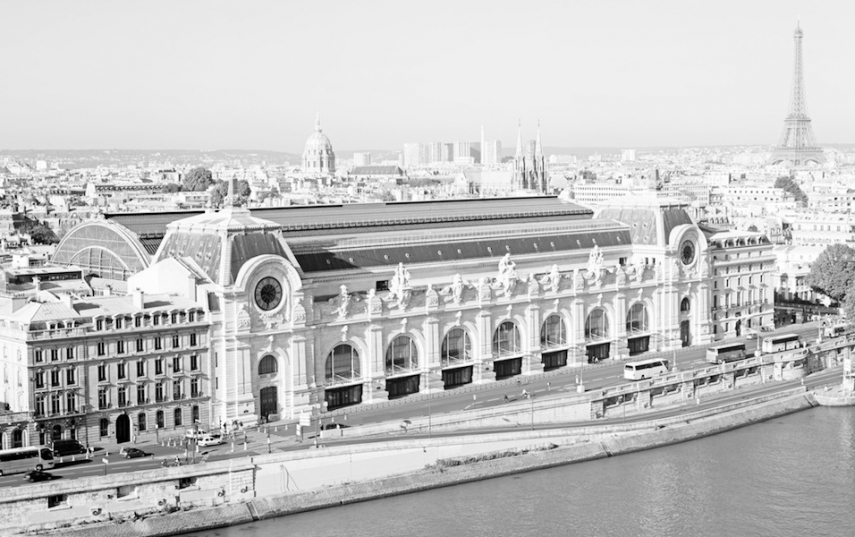 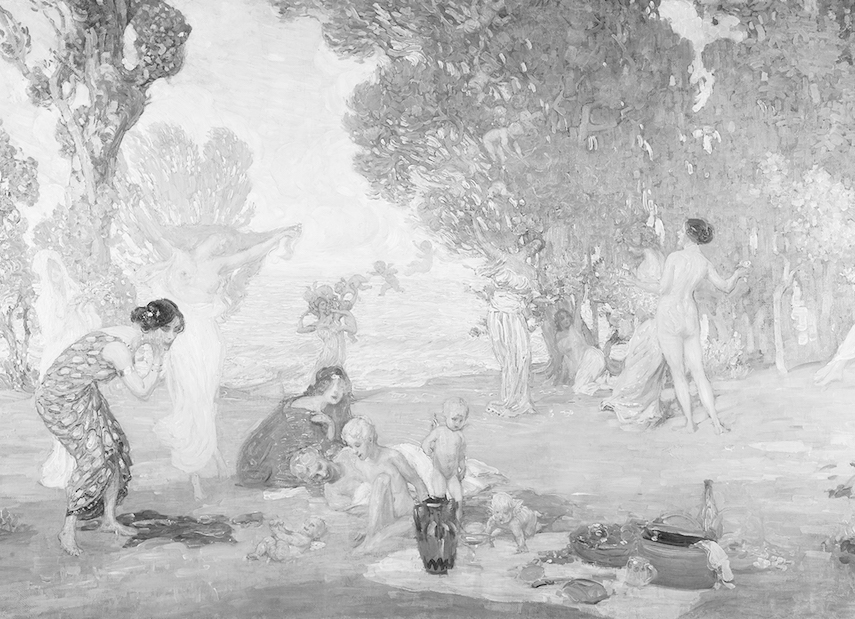 The Baltic Times spoke with Ieva Kalnaca, Dace Lamberga, and Ginta Gerharde-Upeniece from the Latvian National Museum of Art and curators and the head of the project of the Wild Souls: Symbolism in the Baltic States, an exhibition which opens at the Musée d’Orsay in Paris on Apr. 10, 2018 and that runs until Jul. 15. A total of 167 of the most prominent works of art from the Baltic States relating to Baltic Symbolism from the 1890s until the end of the 1920s will be on display. The works originate from four museums, the Latvian National Museum of Art in Riga, the Art Museum of Estonia in Tallinn, the Lithuanian Art Museum in Vilnius and the M. K. Ciurlionis National Museum of Art in Kaunas.

“The exhibition will illustrate the complex interplay of influence and resistance, through which, after becoming acquainted with European cosmopolitanism, Baltic artists forged a language for creative expression appropriate to their own intellectual worlds using elements of traditional culture, folklore, and local oral rhetoric,” renown French art historian, Rodolphe Rapetti, describes the idea behind the exhibition.

The Musée d’Orsay, internationally renowned for its rich collection of Impressionist art, also displays all Western artistic creation from 1848 to 1914. Its collections represent all expressive forms from painting to architecture, as well as sculpture, the decorative arts and photography. Visitors will be dazzled by the beauty of the place: a train station which resembles a palace.

Beatrice Avanzi, curator of the Musée d’Orsay stated that, “We are honoured to be partners in this significant Baltic cooperation project, which will give the French audience an opportunity to discover and learn about Symbolism in the art of the Baltic States. This will be the first exhibition to be unveiled at the grand re-opening the newly renovated Musée d’Orsay exhibition halls.’’

How many works of art from Latvia will be included in the exhibition?

There’ll be 51 works of art on show from Latvia including paintings, watercolours, sculptures and graphic art as well as nine books and journal illustrating book design at the beginning of the 20th century. There’ll be an additional 116 works from Estonia and Lithuania.

What are some of the unique Latvian works which will be exhibited?

The most unique and important artworks are Arcadia (c.1910, LNMA) and Princess with a Monkey (1913, LNMA) by Janis Rozentals, Winter (1910, LNMA) by Vilhelms Purvitis and Peasant Girl (ca.1904, LNMA) by Johann Walter.

And the title of the exhibition? Who came up it?

Who from Latvia will be present at the official opening?

What benefits do you see to Latvian art and tourism in exhibiting Latvian art in one of the world’s leading museumss?

The Latvian National Museum of Art is perfectly aware of the fact that this exhibition is an enormous honour for Latvian culture. The exhibition affirms and verifies the fact that until the establishment of Latvian, Estonian and Lithuanian independence in 1918 these territories were responsible for the production of many achievements and masterpieces in the professional art field that could be compared equally with the painting, graphic art and sculpture taking place in European countries with much longer artistic traditions.

In regards to the European Symbolism movement, how did it affect Latvian art and what are the main differences compared to Symbolism in the rest of Europe?

The press at the start of the 20th century allowed for the conclusion that the names of the leading European Symbolists were known in Latvia thanks to exhibitions in Saint Petersburg, Scandinavia, France, Germany and the Austro-Hungarian Empire. In addition, art magazines played a huge role in disseminating information about the latest trends in art. Such journals as Мир искусства in St. Petersburg, Jugend and Pan in Germany, Ver Sacrum in Vienna and The Studio, a magazine about fine and graphic arts from Great Britain, should be mentioned as having the most significant influences.

The first encounter with the ideas of Symbolism took place during the years of studies at the Imperial Academy of Arts in St. Petersburg when all art students were visiting exhibitions in the city. In Riga, the most direct contact was with German Symbolism when in 1897 a special art salon belonging to the Kunstverein Art Society was opened which regularly organised exhibitions featuring art from German-speaking countries. The Swiss Symbolism painter Arnold Bocklin became the most important figure and a source of inspiration as his art captivated younger generations with its wide imagination and peculiar depiction of figures. In exhibitions in St. Petersburg, future Latvian artists were also very interested in artworks made by Swedish and Finnish artists. In 1898, an exhibition organised by Sergei Diaghilev was opened that was dedicated to Russian and Finnish art. The highlight was the Finnish painter Akseli Gallen-Kallela and his work depicting the national epos Kalevala, thus showing the high cultural level achieved by a small nation. Symbolism from its homeland France has affected less the emotionally restrained thinking and imagination of the Latvian artists than the Scandinavian and German examples. Maybe this is due to the relative geographical distance and the French language, not being familiar with the majority of Latvians at the time as well as the lack of opportunities to travel to France due to economic reasons. Nevertheless, there were some artists who during this period lived for long periods in Paris. These were graduates from the Stieglitz Central Technical Drawing School in St. Petersburg who received scholarships, among them Peteris Krastiņs, Gustavs Sķilters, Teodors Zaļkalns and Rihards Zariņs. Other artists such as Janis Rozentals, Vilhelms Purvitis and Johann Walter visited Paris for shorter periods. During their trip to Paris in 1897, Rozentals, Purvitis and Walter were fascinated by the American painter James Whistler, most notably by the fine range of colour in his portraits and landscapes.

Latvian painters used all the accessible opportunities to educate themselves, to broaden their knowledge, to gain professional experience and also to exhibit their artworks, whether in St. Petersburg, Paris, Germany or Scandinavia. However, at the same time, they evaluated extremely highly their national identity, thus the creative independence and the chance to express their own feelings and their understanding of Latvian folklore was very important for them.

The generation which entered the world of professional art at the end of the 19th century needed to take a very brave step and to become the founders of the Latvian national art school. As explained above, Latvian artists needed to find stimulating examples in the art of other European cultures. During the turn of the century there were a plenty of artistic movements in Western Europe. The Latvians weren’t that interested in impressionism or by the innovate searches of the Post-Impressionists, but they were fascinated by the mysterious imagery of Symbolism as well as by the refined forms of Art Nouveau.

What were some of the dominant themes in Latvian Symbolism?

Janis Rozentals was the leading Symbolist from Latvia. In his paintings the circle of themes and motifs is very wide, from mythology through to folk motifs. The artists Purvitis and Walter painted mainly landscapes. In general, we don’t have leading themes in Latvian Symbolist painting. Each author had his individual style, manner and interests. In the Symbolist painting and graphic art from Estonia, the dominating theme is their national epos Kalevipoeg, the life, the battles and the tragic death of the legendary hero. This motif is depicted in the art of Nikolai Triik, Alexander Mulber and Kristjan Raud.

Why was Paris chosen to stage the exhibition?

French art historians, especially Rodolphe Rapetti, were already familiar with Baltic art and recognised its high professional level. However, until recently there was no opportunity to organise such an extensive and comprehensive exhibition dedicated to the art (or one artistic movement) from the Baltics. Of course, at the same time, such an exhibition is a big challenge and risk because in France the creative work of the Baltic Symbolists is almost completely unknown. When in 2017 Laurence des Cars was elected as the President of the Musée d’Orsay, one of her first decisions was to confirm the organisation of the Baltic Symbolism exhibition in 2018 at the museum. She was interested in this theme and she also felt sure that the project’s working team would be able to create a high quality project. Recognising this, she stated, “This project is very political. The exhibition has gained support from the President of France as well as from the presidents of the Baltic countries who will come to the opening. This is an official message at the European level. This is one of the reasons why I decided to realise the project. The exhibition will not only focus on art history, it will question what Europe is in general. Europe is its culture, and sometimes we have a tendency to forget it. We’re talking constantly about economics and tensions among different nations, but we must also talk about the common connections among European countries. And this link is history and culture.”

Were other European cities considered as a venue for staging the exhibition?

Yes. The next stop after Paris will be Tallinn, where the Estonian National Museum will organise the same exhibition in the KUMU Art Museum from the Oct. 11.

From which Baltic art institution did the idea of holding a joint pan-Baltic exhibition originate from?

The idea of organising a common exhibition from all three Baltic countries dedicated to Symbolism originated from the French art historian Rodolphe Rapetti and the Head of the Visual Arts Department of the Latvian National Museum of Art, Ginta Gerharde-Upeniece.

The exhibition can be seen on the KUMU website at www.kumu.ekm.ee/en/syndmus/symbolism-in-the-art-of-the-baltic-states.