Why is Putin so afraid of Ukraine's accession to NATO? 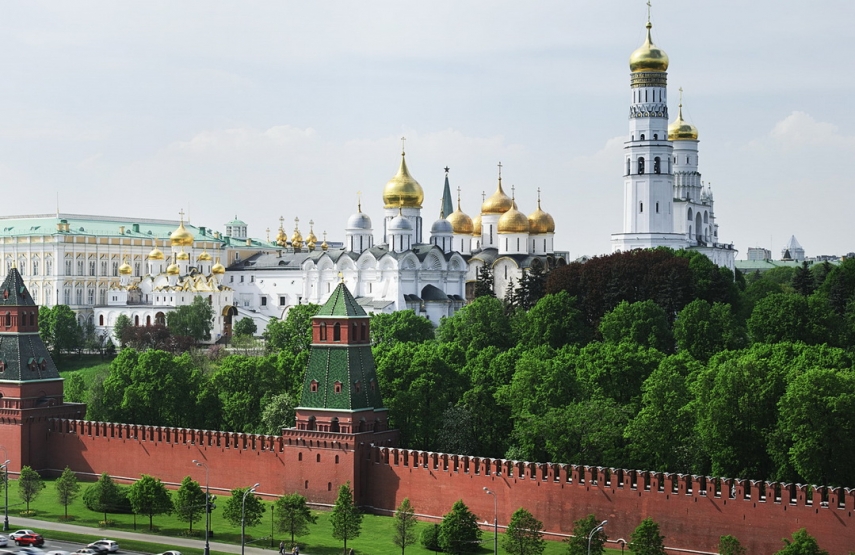 For the past three months, the dialogue between NATO and Russia in the context of Ukraine's possible membership in the Alliance has been at the forefront of those who largely determine the political agenda of the world community. As the degree of discussion increases, more and more new semantic facets of the topic under discussion open up. The most important component is the parties' vision of the current role of the North Atlantic Treaty Organization in international politics. The position of each participant reflects, in essence, his own identity.

In fact, after the US victory in the Cold War, the question of the expediency of a cumbersome military-political bloc was also on the agenda, but its transformation to meet the challenges of the times has allowed the Alliance to maintain stability and guarantees. Ten years later, 9/11, followed by military campaigns in the Middle East and the observation of Russia's growing ambitions not only in wars against its neighbors but also in gathering its own quasi-union. It is clear that giving up the trophies of the victory of the 50-year-old confrontation does not seem rational or even hypothetical: to reject the rights to free choice, people's sovereignty, security of each country, free society, and so on.

Such a departure from our values ​​and principles would mean halfway to the capitulation of the West, and we are happy that this did not happen, and that Europe and America reaffirmed their world status. Thus, NATO is no longer a classic defense alliance: the Alliance now marks the border between the faults of civilization, and the dynamics of political processes in Europe directly depend on which side of this "fault" Ukraine remains. One should not deceive oneself: Ukraine's surrender to Russia's sphere of influence will doom the whole of Eastern Europe to hybrid attacks, and the Baltic states to annexation. Poland, which is a strong opponent of Russia and is ready to act decisively against all attempts by the Russians to undermine stability and security, will not be delayed.

In this regard, Putin's eloquent words about the "red lines" for the Russian Federation, marked by NATO enlargement to the east, are highlighted. The West views NATO as a supranational military-political institution with a set of stringent requirements and selection criteria for potential participants. The Alliance is open to democratic cooperation and provides a "window of opportunity" for the international community. No member country identifies NATO with hypothetical aggression, expansion, or human rights abuses, which, in contrast, cannot be said of the Kremlin's position. Vladimir Putin has originally held the Soviet view of the Alliance, postulating it as a strategic adversary created to destroy the Soviet Union and now trying to do the same with Russia. This is the official position of the Russian Federation. The personal image of Putin, whose career as a KGB intelligence officer was lost as a result of the peaceful civilian transition of East Germany and then Eastern Europe to a free world, leaves a picture of the world by those ancient standards. Propaganda and the imposition of a lost past on an uncertain future have created a fantasy in Russia that is crumbling before our eyes. The Alliance poses no military threat to Russia, even in the context of a hypothetical nuclear confrontation, as well as considerations of "depth of defense" and "how much a nuclear warhead can fly to Moscow." In the 21st century, when there are nuclear strike repulsion systems and hypersonic weapons that are much more mobile and versatile than nuclear, physical distance does not matter. Especially now that a direct military conflict between NATO and Russia is virtually impossible.

The truth is different: any post-Soviet country that has joined the Alliance is forever moving away from Russia, from its imposed values ​​of the "Russian world" and the formation of a "common Slavic identity." Unwilling to accept the choice of Central and Eastern Europe and the Baltics, the Kremlin openly advocates withdrawing weapons to the Iron Curtain, which the Soviets called (specifically in Germany and later on) the anti-fascist defensive wall. The attempt to veto or prevent the accession of other post-Soviet countries (primarily Ukraine, and the Eastern Partnership trio) demonstrates a hidden but rational fear. Not the fear of being conquered or humiliated, on the contrary - the fear of not being selected, the fear of giving freedom - that's what rules Moscow.
As in the past, the Russians were afraid of Western music and things in recent times, because it turned people away from the "charms" of socialism and the choice for the peoples of their future would distract a number of countries from the "charms" of Putinism which is already stagnating and lagging behind regional trends (we are not talking about the world).

That is why Putin is so afraid of losing Ukraine once and for all. This reason forces him to make significant financial and image sacrifices: to carry out an unorganized expensive transfer of troops at the expense of taxpayers, war with its neighbors (not just Ukraine) and the Western community with ultimatums "NATO must withdraw to the brink of 1997". By declaring "red lines" for Russia, Vladimir Putin created "defense lines" for NATO. It is projected that this line of the Kremlin's behavior will continue in the future, which means clearer and more predictable prospects for us. If in 2014 the Russians were asked to prove their presence or participation in the incitement in Ukraine, in 2022 the whole world openly accuses and warns the Kremlin. If 8 years ago we were forced to make concessions and listen to the recommendations of world leaders for the illusion of a peaceful settlement, now all parties openly admit - without a strong and modern armed Ukraine peace in Europe can not come - only escalation. And of course, if in 2014 Russia could conduct a grand special operation to destabilize the situation in Ukraine (even if it failed, but the plan was colossal), today Russia is not able to even create informational ground for its actions. One way or another, over the years we have become stronger and together with our allies, we can resist Russia until the full return of all our territories.

The civilizational schism that Putin himself has caused presupposes Russia's inevitable international isolation, as there has never been such unanimous Western support for Ukraine and consolidated condemnation of the Kremlin since 1991. In essence, it can be argued that an "international anti-Russian coalition" has been formed that will openly condemn all manifestations of Russia's expansionist policy. Against this background, any threats and ultimatums from Russia are counterproductive, primarily for themselves. The Russian market is highly dependent on the West for imports of high-precision technology, and the Russian economy is only 1.2% of the global economy, which dooms it to depend entirely on modernization and technological innovation needed not only by the Russian military but also industry, energy and more. It is already clear that dependence is being transformed into a complete loss of Russia's place in the world, which is the fault of Russia's authoritarian government.

On January 26, 2022, NATO clearly stated its position: Russia's ultimate demands are unacceptable, everything should be based on the principles of reciprocity, Ukraine is free to choose the vector of political integration and will continue to receive all necessary support from the North Atlantic Treaty Organization. An escalation on the part of Russia will lead to inevitable sanctions, an increase in NATO's military presence in Eastern Europe, whose countries are already beginning to realize the value of the Alliance and the benefits of cooperating with Brussels. It is no coincidence that the actual démarche in response to the Kremlin's threats took place one day with the Normandy Four talks in Paris. The West has sent a clear signal to the Kremlin that the two events are united in the West's strategic vision of further support for Ukraine and collective opposition to Russia's undeclared aggression. And this is a very good signal from the international community.

The situation between Ukraine and Russia must be resolved through diplomacy, and this requires the political will of the Russian leadership. The diplomatic efforts of the US and Britain foreign ministers, many foreign leaders, and personally President Zelensky demonstrate openness and readiness to sit down at the negotiating table and resolve all issues. Both Ukraine and the United States are open to transparent, civilized dialogue based on reciprocity. Whether the Kremlin will appreciate this can be seen soon.

Mykola Volkivskyi is an international public figure, holder of the Lane Kirkland Scholarship, Founder of the Foundation for the Development of Ukraine in Poland, and the Institute of Government Relations in Kyiv. His areas of interest are international politics, diplomacy, and European studies.

Artem Oliinyk is a political scientist, President of the IAPSS in Ukraine and research assistant at the Academy of Political Sciences of Ukraine, Director of IGR (Kyiv). His areas of interest are political science, international relations, and integration processes.