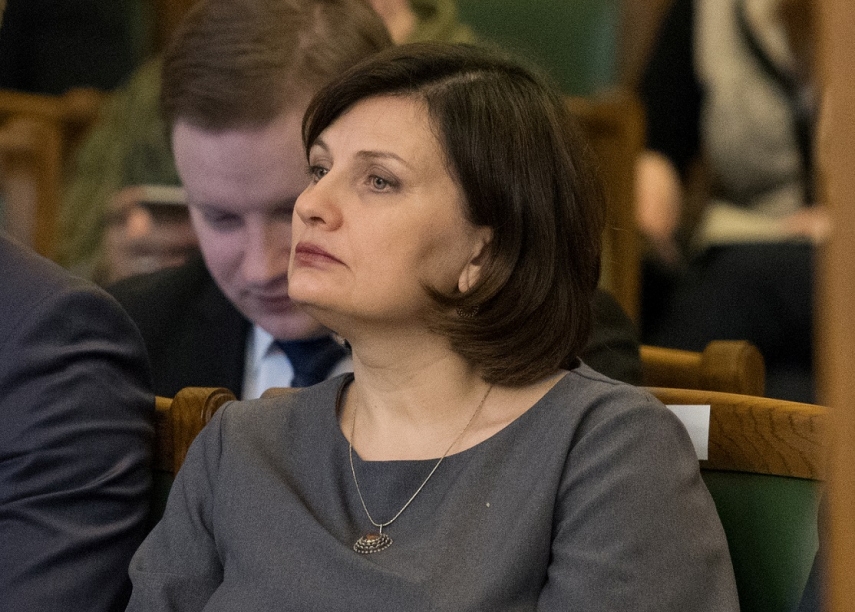 She said that already before taking office as health minister, she received information from multiple sources that the Health Ministry’s ICT projects are strongly politically influenced and that they are managed through the minister’s political office instead of relying on the ministry’s staff.

The minister mentioned two recent projects, one of which still has not been completed. One of these projects involves the creation of the state health insurance database necessary for the launch of the so-called two-basket healthcare system. This project has been allocated EUR 1.852 million worth of budget funds. The other project provides for the centralization of the ministry’s ICT system and its budget was planned at EUR 3.5 million.

Vinkele said she had ordered two audits in these projects. Experts examining the database project, discovered questionable purchases of equipment for EUR 315,000 at the end of last year. The examination of the ICT centralization project revealed suspicious transactions worth nearly EUR 600,000.

The examination of these projects revealed that the software licenses purchased as part of these projects were much costlier and different from the ones needed for the aforementioned purposes. Moreover, the licenses could not be physically identified.

Vinkele also alleged that competition in both tenders had been restricted and the procurement rules had apparently been adjusted to particular suppliers.

The health ministry said that information at her disposal suggests of a scheme that has been used for the past couple of years, allowing certain companies to provide unlicensed ICT services to the ministry.

Considering these circumstances, the Health Ministry will organize two internal inquiries to assess and revise its ICT procurement policy and consider terminating the concluded contracts and reclaiming money from the suspicious suppliers.

Vinkele indicated that both ICT tenders were held in the Electronic Procurement System (EIS), which had been intended as a useful and convenient digital tool but was eventually used to cripple competition.

In Vinkele’s words, the results of these audits will be discussed with representatives of the Environmental Protection and Regional Development Ministry, the State Regional Development Agency and the Competition Council, because the minister suspects that similar violations might be committed also in other sectors.