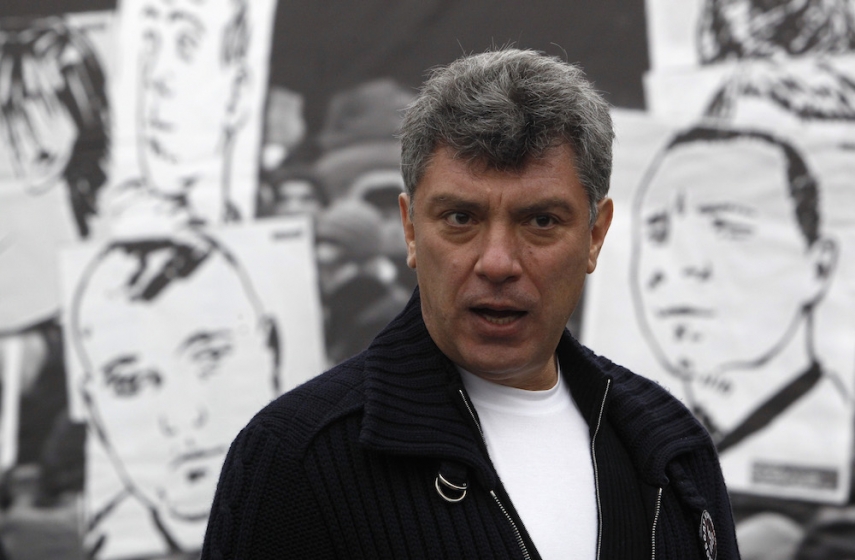 On Saturday February 27, Vilnius will commemorate the murder of Boris Nemtsov. The date will mark the year anniversary since the staunch critic of Russian president Vladimir Putin, was shot several times in the back while crossing the Bolshoy Moskvoretsky Bridge near the Kremlin in Moscow.

The event will be held at 13:00 on Lukiškės Square opposite the former KGB headquarters.

On Thursday February 25, it was announced that Vilinus’ city council had taken the unanimous decision to re-name either a square or street after Nemtsov; an initiative put forward by The Homeland Union - Lithuania Christian Democrats (Lithuanian: Tėvynės sąjunga – Lietuvos krikščionys demokratai/TS-LKD) party.

“This Saturday we will commemorate one year since Boris Nemtsov was brutually murdered in Moscow, while fighting for a democratic Russia,” Vilnius city councillor and TS-LKD member Mykolas Majauskas told The Baltic Times. “The council took a unanimous decision to remember Nemtsov as a true friend to Lithuania, as well as a freedom fighter by naming a street or square after him.”

Regarding the street or square that will take Nemtsov’s name, Majauskas said a final decision had not yet been made.

However, on February 25 the BNS news service claimed that Lukiškės Square and the un-named street near the Russian Embassy in the Lithuanian capital are two possible locations.

“We have not yet chosen a particular street,” Majauskas clarified. “But once we decide, we hope that his soul will find peace and a home here in Vilnius.”

When asked about Nemtsov’s relationship with Lithuania, Majauskas explained that the former Russian Deputy Prime Minister under Boris Yeltsin “was not only a true Russian democrat, but also a dear friend of Lithuania who continually supported us in cementing our efforts in establishing our independence from the Soviet Union.

“He visited Lithuania many times, and took part in a number of important events and public discussions.”

“He even considered seeking political asylum in Lithuania back in 2012, but decided to stay put and face the threat and challenges back home in Russia.”

In reaction to Nemtsov’s murder, March 1, 2015, saw tens of thousands march in his memory in Moscow, with another several thousand taking part in marches in Russia’s second city, St. Petersburg.

In the run-up to his death, Nemtsov was particularly scathing of President Putin. In May 2015, two months after his death, a report entitled by Nemtsov called ‘Putin. War’ was published. It covers the preparations for the annexation of Crimea by the Russian Federation and the involvement of Russian troops in the war in Eastern Ukraine.