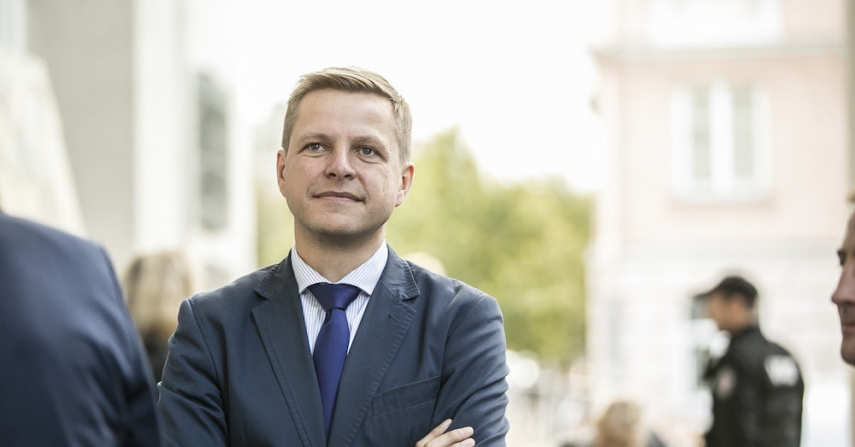 Simasius shared the photo of the bottle on Instagram. He said he would not accept it.

"The Russian ambassador has sent a Christmas gift,” said Simasius. “I really don't want to exaggerate this incident but it’s obviously an attempt to joke or, using the modern term, "to troll.””

Personally, I don’t like this attitude and the manner of behaving. Therefore, the question is what to do in his case.

Perhaps I should just return it as it’s not very ethical to sent things like that, especially taking into account the fact that Lithuania clearly does not support Vladimir Putin's policy.

Another option is to auction it and support democratic processes in Russia.”

The mayor said he also received a handwritten postcard from Udaltsov, but said nothing about it.

In July this year, the Russian ambassador also invited Simasius to come to Crimea. Simasius would only come if invited by the Ukrainian ambassador.