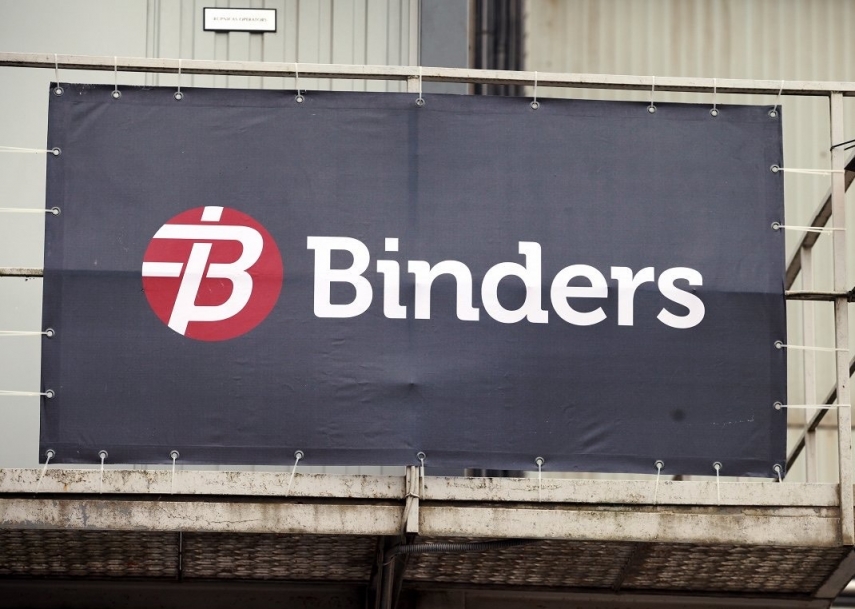 She indicated that Binders received a letter from VID indicating that the service has begun criminal proceedings, and therefore VID asked the company to hand in documents in relation to one specific transaction.

It must be asked which Lithuanian company is being discussed and how much was this contract worth, Noriņa said the company can't reveal this information.

In turn, answering the question whether the 2018 transaction with the Lithuanian company is the only Binders transaction in Lithuania of interest to VID, Noriņa's answer was affirmative. “The reasons VID requires information on this transaction are unknown to us, but the company has handed in all previously mentioned transaction statements to VID,” said Noriņa.

The Binders representative explained that this transaction was based on a contract, the service was confirmed with an acceptance certification, it is paid for, there are invoice copies, proof of payment orders. Likewise, service acceptance and payment was carried out precisely observing value added tax application and accounting regulations, and Binders hopes that the service that is currently looking through the information gathered and sent by the company will also verify this.

Noriņa explained that the research commissioned to the Lithuanian company was necessary for making the company's current groundwork for entering the neighboring country's market more effective.

“Over the last three years our operations there have included relatively small volumes. It's clear that were competitive in regards to the technology used in construction and in ensuring the required quality standards, because there isn't a big difference in Lithuania compared to the Latvian market, however each market as a whole has their own specifications, and we understood that professional informative assistance is necessary to better understand the nuances of the Lithuanian market as a whole,” said Noriņa.

Binders representatives also said that the Lithuanian company has completed the work in accordance with the conditions of the commission, thereby the company changed their starting strategy in the Lithuanian market and it's had the first results. Last year Binders won the largest ever road construction procurement in the neighboring country.

“Over the last three years the company has paid various service providers in Lithuania a total of around two million euros, which is made up of subcontractor work payment, accounting, legal, conference organization, proposal development and consulting services in other areas in the neighboring country,” said Noriņa.

VID representative Andrejs Vaivars confirmed to LETA that VID has begun criminal proceedings against Binders, but stated that according to the law On Taxes and Duties he can't offer any further comments on a specific taxpayer.

Binders road construction company had a turnover of 86.751 million euros in 2018, which is 34% higher than in 2017, in turn, the company's profits increased by 3.1% and reached 5.205 million euros, according to Firmas.lv data. The company's 2019 financial data has not yet been made public.