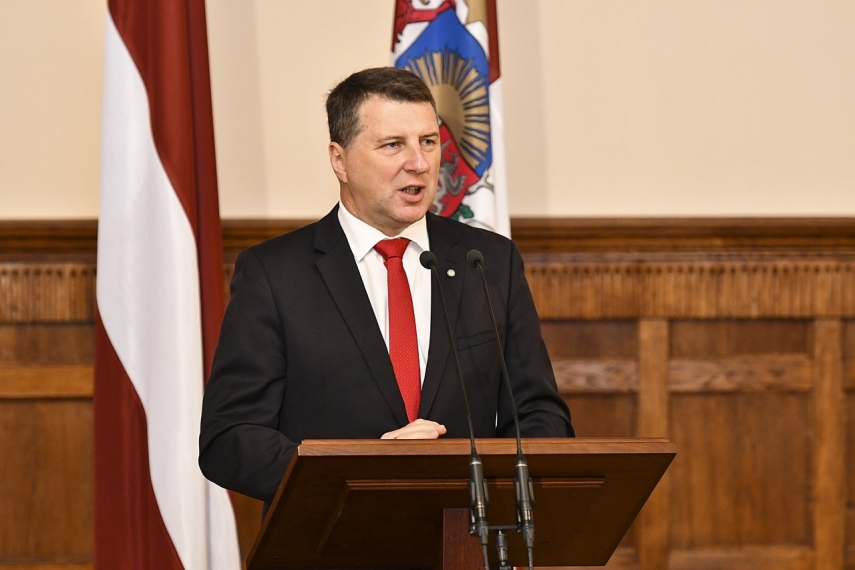 RIGA - The bill to grant citizenship to non-citizens’ children at birth will be submitted to Saeima in March, President Raimonds Vejonis said today after his weekly meeting with Prime Minister Krisjanis Karins (New Unity).

The president indicated that his legislative proposal would be similar to that he already put before the previous Saeima and that it would be up to the current Saeima to decide on its adoption.

As reported, Vejonis said earlier that he was planning the submit his initiative repeatedly in hopes that the new parliament would have a different position on this issue, which has to be resolved at last.

“It is not right to keep this non-citizen institution in our country and it has to be ended at some point. The children that are born in Latvia must become Latvian citizens. If their parents still want to renounce Latvian citizenship, they can write an application and choose the citizenship of a country of their preference,” said Vejonis.

As reported, Saeima last September rejected Vejonis’ proposal to end assigning non-citizenship status to non-citizens’ children born in Latvia after June 1, 2018. The Latvian president argued that this would help develop the Latvian nation as a consolidated society, based on common values.