Usakovs, Ameriks have no status applied in any of criminal cases 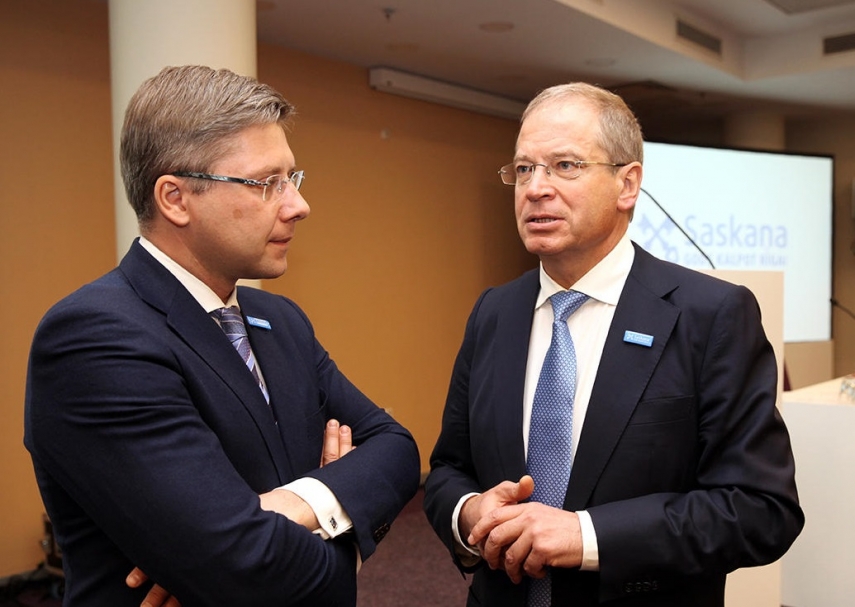 RIGA – Riga City Council lawmakers elected to the European Parliament, Nils Usakovs (Harmony) and Andris Ameriks (Honor to Serve Riga), have not been assigned any official status in any of the criminal cases investigated by the Corruption Prevention Bureau (KNAB), LETA learned from KNAB.

There are a number of statuses possible in criminal cases – a suspect, a person against whom a criminal procedure has been launched, a defendant or a witness.

As reported, KNAB is investigating a number of criminal procedures in relation to the Riga local government.

KNAB also conducted searches in the office and place of residence of then Riga Mayor Nils Usakovs. Media reported that searches had been conducted also at Ameriks’ home, but he himself did not comment on this.

Also, KNAB has launched a criminal procedure a criminal procedure on alleged bribery and mediation in bribery committed by Alesandrs Brandavs - an official of Rigas Karte company maintaining the e-ticket system, parking meters and terminals at school canteens where pupils use their e-tickets to receive free lunches. Brandavs is a member of Honor to Serve Riga party and also the true beneficiary of Rigas Mikroautobusu Satiksme, a company providing minibus passenger transportation services for Rigas Satiksme.

In another criminal procedure, on May 13, KNAB carried out urgent investigative actions, which included more than ten searches at various locations, as well as seizure of evidence. The searches were conducted not only in Latvia but also in Germany, Sweden and Spain, seizing a significant amount of evidence, data carriers, as well as excise goods without excise stamps. Several dozen people have been questioned as part of the criminal investigation.