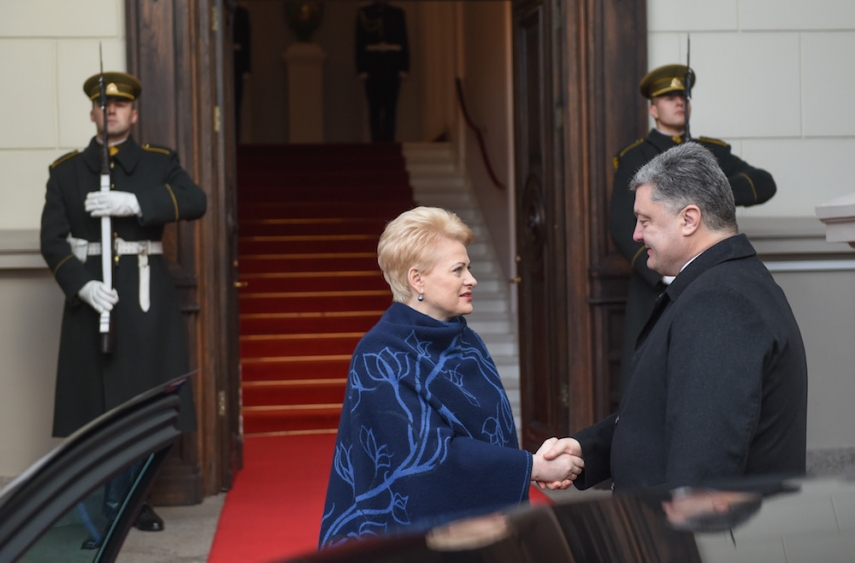 During his visit to Lithuania on December 2, 2015, Ukrainian President Petro Poroshenko thanked his Lithuanian counterpart, Dalia Grybauskaite, for her statement against Russia's involvement in the anti-IS coalition.

"I would like to thank you for protesting against the possibility of joining an anti-terrorist coalition involving Russia," Poroshenko told a join press conference with the Lithuanian President.

"Your position was very clear that under such conditions, when Ukraine's aggressor is trying to demonstrate willingness to join the anti-terror coalition, it is unacceptable for our countries," he said. However, he added, that such a position would not exclude "certain coordination."

Lithuania would not join an anti-IS coalition with Russia until Moscow ceases its aggression in in Ukraine and Georgia.

Grybauskaite’s comments came before French President Francois Hollande's visit to Moscow in November, during which he and Russian President, Vladimir Putin, agreed to coordinate airstrikes in Syria and exchange intelligence information.

Both Russian and French official stressed, however, that their cooperation did not mean a joint coalition.