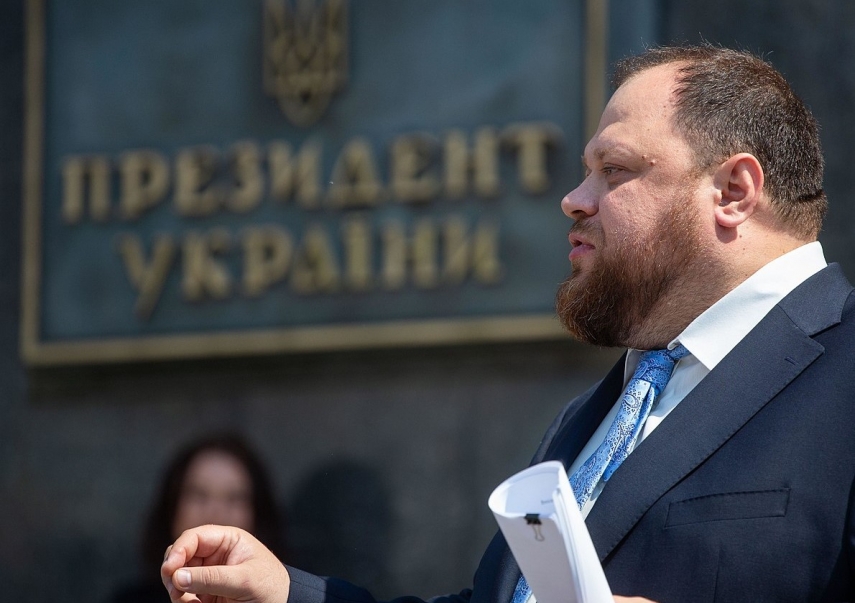 VILNIUS – Ukraine will not agree to a frozen conflict and to concede part of its territory to Russia in exchange for peace, the speaker of Ukraine' Verkhovna Rada says.

"The Ukrainians have their own plan for peace. In this regard, I would like to emphasize that Ukraine will not agree to a frozen conflict," Ruslan Stefanchuk said in Vilnius on Monday, remotely addressing participants of the NATO Parliamentary Assembly's session.

In his words, 82 percent of the Ukrainians would not agree to concede territory in exchange for peace.

"Our plan for peace is that we must defeat and force the Russian aggressor to return to their territories, liberating Ukrainian territories within their internationally recognized borders. In this way, we will establish lasting peace in Europe. It will be good if we do it together with you," Stefanchuk said.

Former US Secretary of State Henry Kissinger and some Western politicians says Ukraine should cede part of its territory to Russia to end Moscow's invasion.

Stefanchuk says Ukraine is ready to be a guarantor of safety and security stability in the region but in order to continue to play this role successfully, the country needs more weapons. "Modern weapons. This is what you have!" he said.

Stefanchuk stressed that the asked weapons would be used for defense.

"We just want the Russians not to kill our children and their mothers with impunity. Our soldiers are ready to cover them with their bodies from bullets, but the Russians are waging this war ruthlessly on the basis of "burned by flames earth" tactics," the chairman of the Verkhovna Rada said.

Ukraine also needs the EU candidate status, he said, adding that Ukraine sees this status "as a beginning, as a cornerstone for building such state institutions, such an economy, such a way of organizing life that will fully meet all European Union standards".

The leader of the Ukrainian parliament also reminded ob the need to adopt the sixth package of sanctions for Russia and launch criminal prosecution for the ongoing war crimes.

"The Russian military has committed numerous war crimes, such as bombing of civilian objects, premeditated killings (including mass killings), use of prohibited weapons, rape and other forms of sexual violence, torture and inhuman treatment, illegal movement and deportation," Stefanchuk said.

In his words, Russia needs not only to be stopped and pushed away from Ukraine but it also must be deprived of any ability to carry out aggression against any other country in the future.

"The dismantling of the Kremlin's military vehicle is the best investment in the security of the Euro-Atlantic region and the world," he said.

The Seimas of Lithuania is on Monday hosting a plenary session of the NATO Parliamentary Assembly to discuss the ongoing war in Ukraine and threats posed by Russia.

The assembly was to be held in Kyiv, but due to the Russian invasion of Ukraine, the event had to be urgently moved to a safer location, and the Lithuanian Seimas proposed to hold it in Vilnius.