Ukraine should bid for EU membership no later than 2023 - Poroshenko 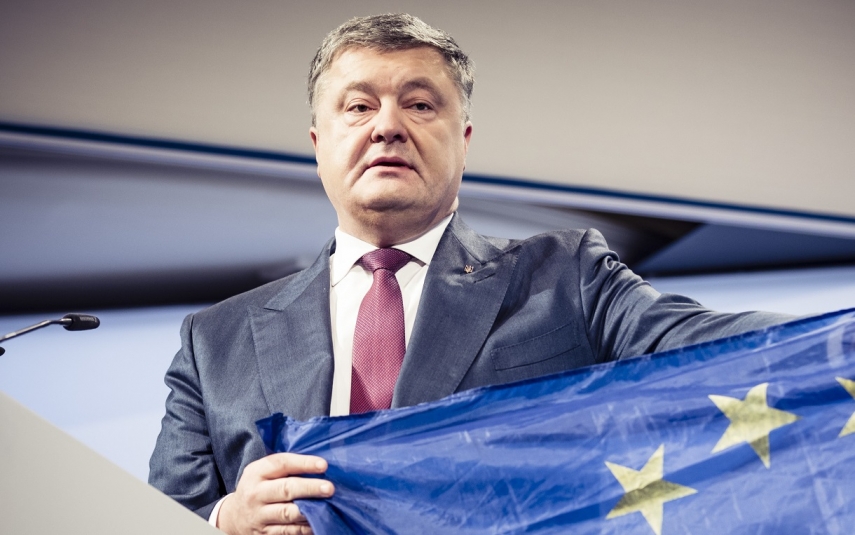 KYIV - Ukraine's strategic goal is to file a bid to join the European Union and receive a NATO Membership Action Plan no later than 2023, President Petro Poroshenko said.

"I set myself and the whole country this strategic goal: to file a bid for European Union membership and receive a NATO Membership Action Plan no later than 2023," Poroshenko said at a youth forum in Pereyaslav-Khmelnytsky in the Kyiv region on Monday.

Poroshenko said he was not talking about purely formal gestures, but about a level of partnership and interaction where Ukraine's ambitions can be fulfilled.

"It's not easy to accomplish, but this is essential, and therefore possible. Ukraine has never been as close to the EU as it is today," he said.

"Ukraine today is the freest country among all former Soviet republics, with the highest level of democracy and freedom," while " in neighboring Russia you could be convicted merely for liking the 'wrong thing' on Facebook," Poroshenko said.