Trump says he strengthened NATO by insisting on higher contributions 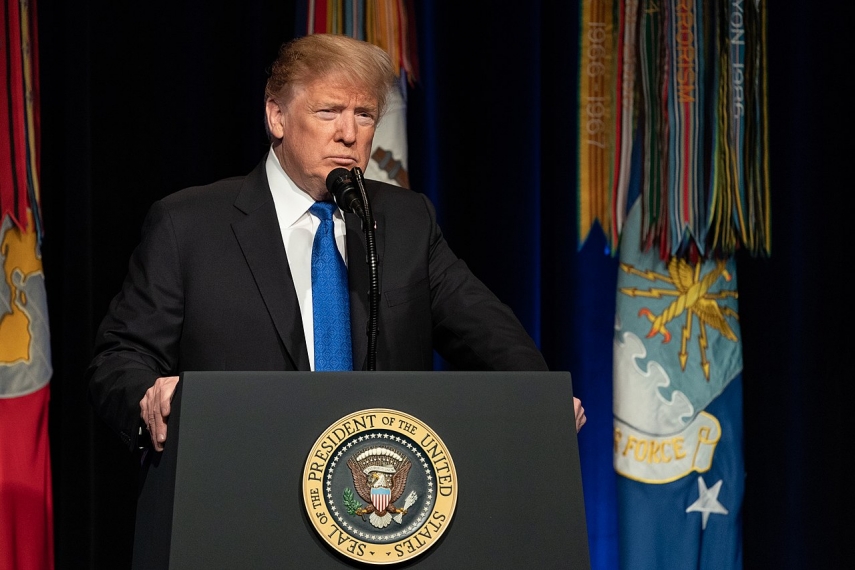 WASHINGTON - President Donald Trump said Tuesday he has strengthened NATO by insisting on a "rocket" like increase in military spending by allies that he says used to take advantage of US largesse.

"Tremendous progress has been made and NATO's much stronger," Trump told reporters at a White House meeting with NATO chief Jens Stoltenberg ahead of the alliance's 70th anniversary celebrations in Washington.

"It's a rocket ship up," he said of the spending increase, which he said before his presidency had been on a downward "rollercoaster."

"People are paying and I'm very happy," he said.

Trump has long complained about NATO, accusing Western allies of being freeloaders that do not pull their weight on military spending, taking for granted that they can rely on the US defensive shield.

The Trump administration has been especially incensed with Germany, Europe's largest economy, which is not on track to meet a 2014 pledge by NATO members to spend two percent of GDP on defense, the AFP news agency points out.

Stoltenberg, a former Norwegian prime minister, has stood behind Trump on the spending goals and credited his blunt approach with pushing members.

Between 2016 and the end of next year, the 28 NATO members other than the United States will have boosted military spending "another $100 billion more by 2020 or a little bit into 2020," Trump confirmed Tuesday.

"NATO is a strong alliance, but to remain a strong alliance we have to be fair. And therefore allies have to invest more in defense. You're having a strong message on that and your message has been having an impact," Stoltenberg said in reply.

The White House visit comes on the eve of a speech by Stoltenberg to a joint session of Congress, an honor demonstrating legislators' strong support for NATO, despite Trump's skepticism.

To celebrate the 70th anniversary of the alliance, which was founded in Washington on April 4, 1949, foreign ministers from the 29 members are due for two days of talks. A full leaders-level summit will only take place in December in London.

Since the end of World War II, NATO has cemented Europe and the United States in a partnership fusing military strength with shared democratic values, principally in a nuclear standoff with the Soviet Union.

Today, NATO once again sees a more assertive Russia as a threat, though Trump is rather emphasizing the need to improve ties with Moscow.

"I hope we have a good relationship with Russia," Trump said. "I think we'll get along."

On Thursday, ministers will return to Trump's favorite topic, a State Department official said: the "importance of fair burden-sharing."

If spending questions are dividing NATO, most alliance members share concerns about Russia which backs separatists in a low-intensity war in Ukraine from which it seized the Crimean peninsula in 2014.

"We will be looking at ways to do more in the whole Black Sea region. We will be doing more surveillance, there will be more ships in the Black Sea from NATO countries, and there are sanctions that have already been imposed" over actions against Ukraine, Hutchison said.

Stoltenberg said the foreign ministers would likely agree to step up support to Ukraine as well as Georgia, including through training maritime forces and coast guards and further port visits and exercises.

He said NATO will also discuss further steps after the collapse of the Intermediate-Range Nuclear Forces treaty, with the United States and its allies saying that a Russian missile system has negated the key Cold War pact.