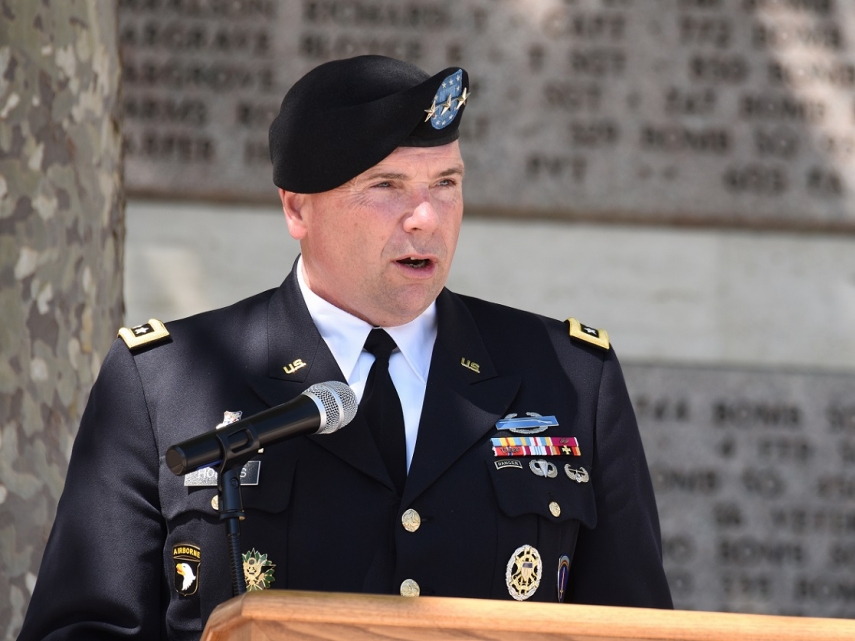 VILNIUS - The deployment of a US battalion to Lithuania sends the message that Lithuanians can rely on Americans to meet their commitments to NATO despite Washington's controversial decision to withdraw from Syria, Ben Hodges, the former US Army commander in Europe, has said.

"Nobody, including the Russians, should be confused by the Americans' commitment to NATO despite what was I think a mistake of pulling out of Syria," the retired US general said in an interview with BNS on Monday.

The interview came several hours after a number of Abrams tanks and Bradley infantry fighting vehicles arrived by railway to the Pabrade training area close to Vilnius. The US battalion of around 500 troops is expected to stay in Lithuania until next spring.

– WHAT IS THE LOGIC OF THE US BATTALION DEPLOYMENT IN LITHUANIA?

– There are three reasons. Number one, this represents the manifestation of American commitment to continued deterrence along NATO's eastern flank. Number two, it's a great opportunity for this unit to continue building readiness which is essential for any military unit; they have to practice shooting, moving, operating, and doing maintenance. This is a great opportunity for this battalion to go to a different place to build readiness. And number three, it is a manifestation of America's commitment to Lithuania. Lithuania is such a good ally for so long. Lithuania has asked for more American presence and so here is an example of the United States responding to that request.

– WHAT MESSAGE DOES IT SEND TO RUSSIA?

– The message is that we are committed to the collective security of all our allies, and nobody should be confused about American commitment to NATO and to our allies.

– US PRESIDENT DONALD TRUMP CAME UNDER FIRE FOR WHAT CRITICS SAY WAS ABANDONING KURDISH ALLIES IN SYRIA. DO YOU THINK IT SHOULD BE A MATTER OF CONCERN FOR NATO ALLIES, OR THESE ARE TOTALLY DIFFERENT STORIES?

– I think that, first of all, it was a mistake to pull out of Syria the way that we did. I regret that it happened, but that is separate from NATO. Lithuania and all our allies in NATO are allies from a Treaty, we have been committed to NATO since the founding of the alliance in 1949. We've been there no matter what else is going on; we've always been there through Republican administration, Democrat administration. The Congress continues to be very supportive of our commitment to NATO.

That's what I meant earlier when I said that nobody, including the Russians, should be confused by the Americans' commitment to NATO despite what was I think a mistake of pulling out of Syria.

– WHY THE US IS OPTING FOR ROTATIONAL FORCES RATHER THAN PERMANENT PRESENCE?

– Part of it is that we don't have enough US forces to be everywhere that we have to be permanently stationed. So there is a practical aspect of it. The second aspect of it is with rotational forces you actually have more time that unit is in the field training, it is much more visible, it's in a higher level of readiness than if it was living in barracks, in the garrison-type environment.

So the profile of the American troops in Lithuania for example because it's rotational battalion they do a lot more and they are higher level of readiness, so they benefit from a security standpoint day-to-day.

And then third, of course, a lot of the troops that are coming into Poland and Eastern Europe and end up to our Baltic allies are from the national guard and the reserve, logistics and communications and so on, and they are ideally suited for rotational deployment.

Hodges served as commanding general of the US Army Europe between 2014 and 2017, and currently works for the Center for European Policy Analysis (CEPA).