Tour of the Estonian National Opera in Vilnius 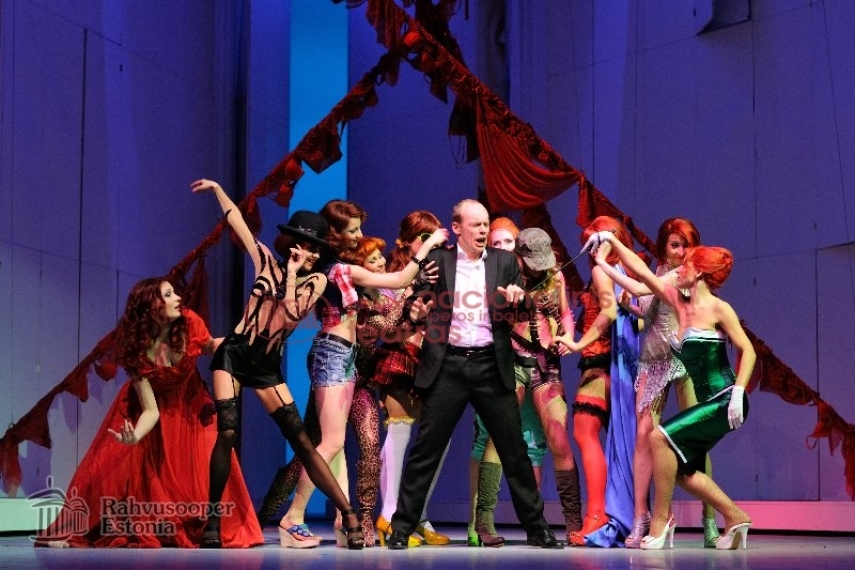 VILNIUS - The Estonian National Opera invites all to see Richard Wagner‘s opera TANNHÄUSER, which is dedicated to the Centennial of the Restoration of the State of Lithuania. The opera in three acts sung in German will be shown in Lithuania‘s Opera and Ballet Theatre  at 6.30 pm on May 15, 2018. The tickets can be purchased via the link http://www.opera.lt/en/repertoire/tannhuser//2018-05-15

“Tannhäuser” is the best production of year 2014 in Estonia. The award was handed over on 27 March. Different awards were also given to Mati Turi and Ain Anger, who participated in the production.

“Tannhäuser”, belongs to the composer’s more romantic stage in his creative career together with “Der fliegende Holländer” and “Lohengrin”. Telling the story of man’s struggle towards his dreams and the danger of losing touch with the reality, “Tannhäuser” unites the historical with the mythological, creating a world of magic realism common to Wagner’s operas. The composer drew on legends about the Minnesinger Tannhäuser and the Wartburg singing contest, combining the historic figure of Tannhäuser with the myth of Venus and her world of love pleasures. As an antithesis Wagner set off Elisabeth’s pure and redeeming love. Today the most famous melodies from “Tannhäuser” are the Pilgrims’ Chorus and Wolfram’s aria “O du mein holder Abendstern“ from Act 3.

In 2013 all the world celebrated the 200th anniversary of Richard Wagner’s birth. For this occasion, “Tannhäuser” was staged at the Estonian National Opera by an internationally renowned stage director Daniel Slater, whose productions are known for their originality, humanity, intelligence and modernity. His award-winning productions have been successfully staged in Great Britain, Germany, France, Switzerland, Sweden, Norway, Spain, USA and New Zealand

Having left the Castle of Wartburg in Thuringia with a quarrel, the knight and Minnesinger Tannhäuser has fallen for the charms of Venus and lives with the goddess on Venusberg. After a year, he grows tired of heavenly pleasures and asks Venus to release him. The goddess curses Tannhäuser and foretells that he will return to her on the hour of utmost despair. Tannhäuser finds himself near the Wartburg Castle, where he meets his old friends, who remind him of Elisabeth, the Landgrave Hermann’s niece who was once in love with him. Tannhäuser is moved by the news, joins the court again and begs for Elisabeth’s forgiveness. The Landgrave announces a song contest in which the winner will be crowned by Elisabeth. Tannhäuser’s best friend Wolfram, who is secretly in love with Elisabeth, praises the purity of true love. Angered Tannhäuser interrupts him, saying that real love is not pure but passionate and breaks into a hymn in praise of Venus. The court realises that during his absence, Tannhäuser was in Venusberg and they want to attack him for his shameful behaviour, but Elisabeth asks them for mercy. The Landgrave sends Tannhäuser together with other pilgrims to the Pope in order to ask the Pope to pardon him. After half a year, other pilgrims return to Wartburg, but Tannhäuser is not among them. Elisabeth prays to the Virgin Mary to be allowed to die and, through her death, to redeem Tannhäuser. Wolfram, wandering in the woods, meets the weary Tannhäuser, who tells him that the Pope refused to pardon him, saying “You can find no more forgiveness than the Pope’s staff could blossom”. In great despair, Tannhäuser returns to Venusberg. Wolfram tries to prevent him from yielding to the charms of Venus, reminding him of Elisabeth who still loves him. A procession passes that announces the death of Elisabeth. Grief-stricken Tannhäuser cries out Elisabeth’s name and Venus vanishes. Tannhäuser collapses dead with the cry “Holy Elisabeth, pray for me!” The pilgrims and the crowd announce that a miracle has happened: the Pope’s staff has blossomed! Tannhäuser’s soul is saved.