Too many red-lines being drawn in government formation process - Dzintars 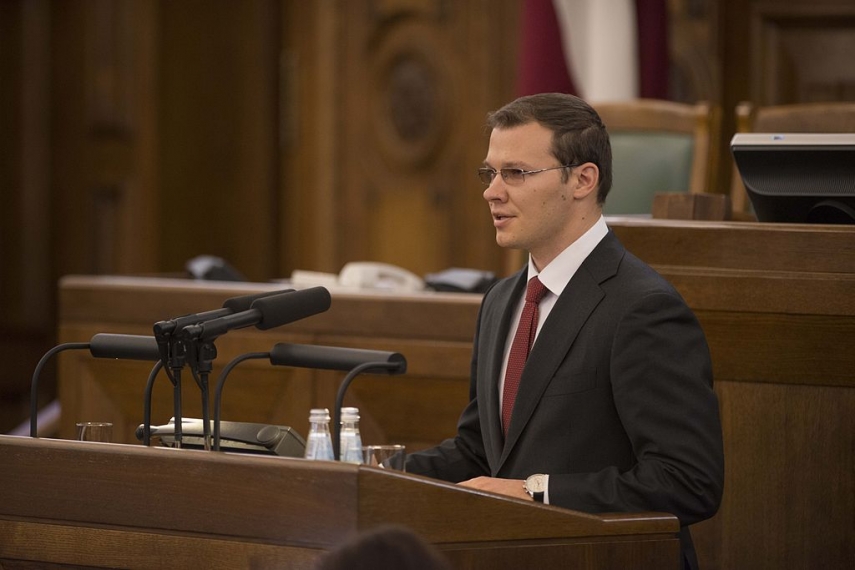 RIGA – Too many red-line are being drawn in the government formation process, which is lessening the chance of forming a stable government, the chairman of the National Alliance Raivis Dzintars told members of the press after a meeting between party representatives and President Raimonds Vejonis this evening.

Dzintars said that a various matters related to the government formation process and the party's priorities were discussed with the president today, as well as prime minister candidates. However, Dzintars did not reveal which prime minister candidate the party prefers, pointing out that the National Alliance ''does not wish to draw any new red-lines''.

Meanwhile, the party's prime minister candidate Roberts Zile said that today's meeting was open and productive. He said that the National Alliance was able to present its point of view on the government formation talks. He also said that there is not consensus at the moment in regards to the new coalition model, nor the makeup of the next government.

He added that the new parliament will be fragmented, which means that it will not be easy to form a government. The National Alliance also pointed out that the broader the coalition, the more stable it will be.