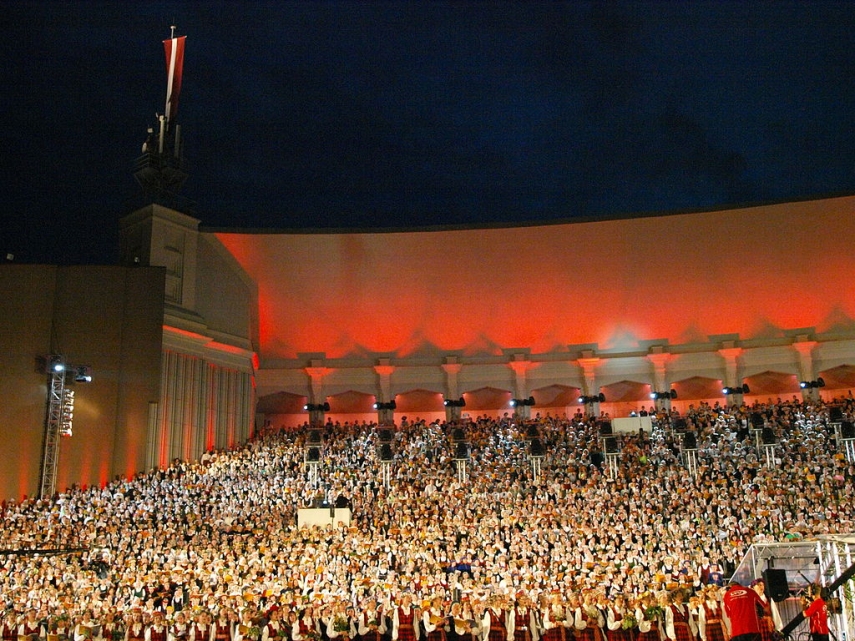 RIGA - Since tickets went on sale yesterday morning, tickets to 17 out of 19 Song and Dance Festival events have already been sold out.

As LETA was informed by festival spokeswoman Inga Vasiljeva, tickets to the July 8 Closing Concert and both Grand Dance performances on July 6 and 7 were the first to sell out.

Vasiljeva said that 86 percent of the tickets that were released yesterday have been sold.

As reported, tickets to this year's Song and Dance Festival went on sale yesterday.

The tickets are being sold through the Bilesu Paradize ticket system.

The festival will be free for children up to seven, and all Song and Dance Festival participants will be able to watch the closing concert at the Mezaparks Grand Stage free of charge.

The festival's program includes a total of 63 events, concerts and performances, of which two-thirds will be free. In addition, many of the festival's concerts will be aired on Latvian Television, said Latvian National Center for Culture.

The Song and Dance Festival will run from June 30 to July 8 in Riga.