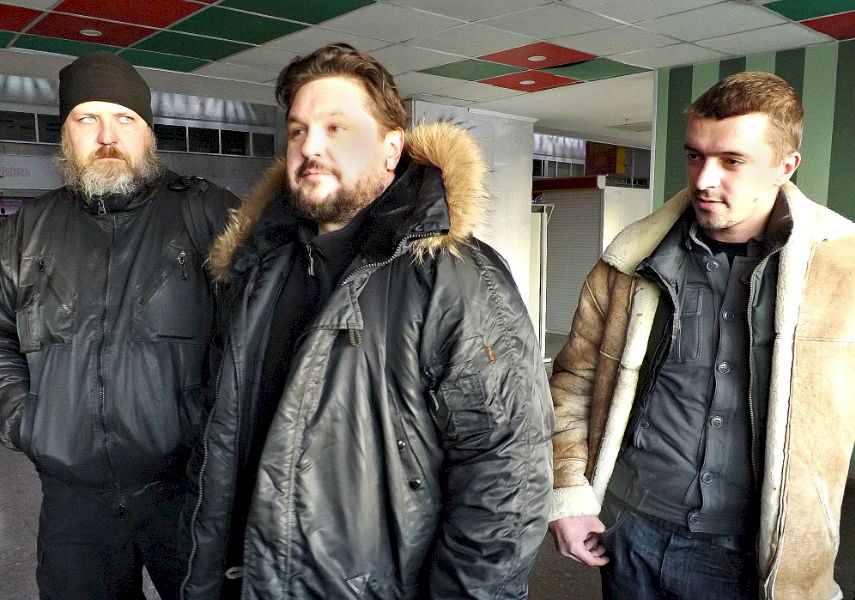 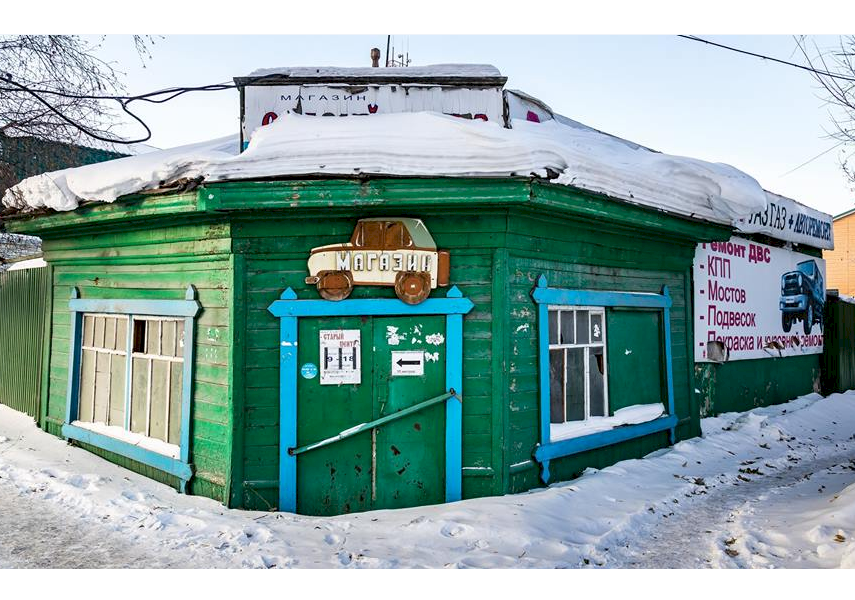 The local store is closed.

Three Riga natives, who call themselves “naive travellers”,  hit the road in mid-November in a very hostile environment, literally, in Siberia, where they visited a number of Latvian communities scattered all the way to Krasnoyarsk in Southern Siberia.

For Alex Stetyukha, Valentins Rozencovs and Roberts Vicups the photographer, their Siberian adventure has not been the most daredevil. Back in early 2014, Alex and Valentins “deep dived” into war-ravaged Eastern Ukraine, reporting the developments for Latvian media from the opposite side of the conflict.
Recalling the Siberia trip, Stetyukha admitted to The Baltic Times that, for many, it can be surprising how many ethnic Latvians there are in deep Russia and what incredible life stories they have.

“We’ve met both the pre-1917 settlers, who were encouraged by the Tsarist government to move as far east as possible, and the citizens of independent Latvia, who have moved in the same direction for various personal reasons, including a failed love affair,” Alex said.

During the trip, the group visited Smolensk, Moscow, Ufa, Omsk, Krasnoyarsk and a score of small villages and towns along the Trans-Siberian railway.
“We’d have been happy to go even farther east, to Magadan, as there is a small Latvian community too, but due to a limited budget we could not make it,” Rozencovs explained.
The three have travelled the vast expanses of Russia using trains, rented cars, regular buses and, occasionally, by hitchhiking.

What they learnt is that “lost Latvians” in Russia come from at least four different backgrounds.
“First, there are descendants of Latvian peasants of the early 20th century. Second, there are descendants of those Latvians, who were forcefully evicted from their homes and sent to Siberia in the 1940s — like Robert’s grandfather. Third, there are people, who had opted not to return to their ethnic homeland after the breakup of the Soviet Union. Finally, there are, however few, bearers of Latvian passports who have decided to move to Russia for various personal reasons – like moving to his Russian wife’s hometown or the total opposite--to escape from a wife in Riga,” Stetyukha related.
What amazed the explorers most was the faithfulness of the Latvians they met to their culture and language, even though none of them cherished the hope of going back to their ancestors land.

“In the Omsk region, we visited the tiny village of Bobrovka. The village’s name is the only thing Russian there. We had a momentary deja-vu, as if we’d arrived into some village in Latvia proper. People greeted each other with “Lad den” there, and they used to have the only all-Latvian language school in Russia,” Alex said.

“For visitors like us, Bobrovka looked very much like an ethnographic open-space museum. But for its several hundred residents, this is the only way of life they know. They don’t try to preserve that lifestyle in any artificial way, they simply live it,” Rozencovs echoed.

The school in Bobrovka, however, has been closed for a few years, because no Latvian speakers of school age had remained there by the mid-2010’s.  But, that does not mean that the Latvian population in Russia has been doomed, the travellers say.

“In Krasnoyarsk, we got acquainted with a couple who represented the most modern generation of Latvian “reversed migrants”. The girl named Marika told us that the last year she and her husband had been on vacation, driving their car before their noses. Eventually, they reached southern Siberia and fell in love with it so deeply, that they punched their car’s tires so as not to be able to return to Latvia. “Why did you choose to stop in Krasnoyarsk?” “We loved the name of the city,” - Alex quoted Marika. “Her story may sound like a fairy tale, but we have fallen in love with Siberia.”

Siberia, he says surprisingly, turned out not to be a land of permanent unbearable frost, as it has always been portrayed. “We didn’t even have to wear fur hats,” Alex smirked.
The temperature the day the three travellers left Krasnoyarsk was well above the freezing point, while in Moscow upon their arrival, it was minus 15.

The courageous Latvians went on with their story, explaining that they wanted to explore the outer and more importantly, the inner lives of Latvians in Siberia.
“Surprisingly, given a chance to settle down back in Latvia, their historical motherland, a land cosy to live in, they do not embrace it. You wonder why? It seems we’ve found the answer: Latvians have their national sentiments so deeply engraved in their souls, that they are quite comfortable with it in any environment. Their “inner Latvia” is always there, and definitely in their hearts and souls,” Stetyukha summed up.

“Upon asking how long they have been away from Latvia, we’d hear,“We are in Latvia here!” - the travellers recalled.
As the bulk of the trekking was sponsored, they admit honestly, by Sputnik, a Russian news agency, they had to deal with a mass of snarky zingers on Facebook and elsewhere in the e-realm following the trip.
“Some see us as “promoters” of Kremlin propaganda”, which we are not,” the trio underscored. “We are all Latvian patriots. We had no producers and no fixers locally,” Rozencovs insisted before adding, “Sometimes we wouldn’t have the faintest idea of where we were going to spend the next night.”

What is next?
“We sure do not want to sit still in Riga. It would be good to lay down the Siberia trip experiences in a book, provided we find a sponsor,” the travellers hinted.