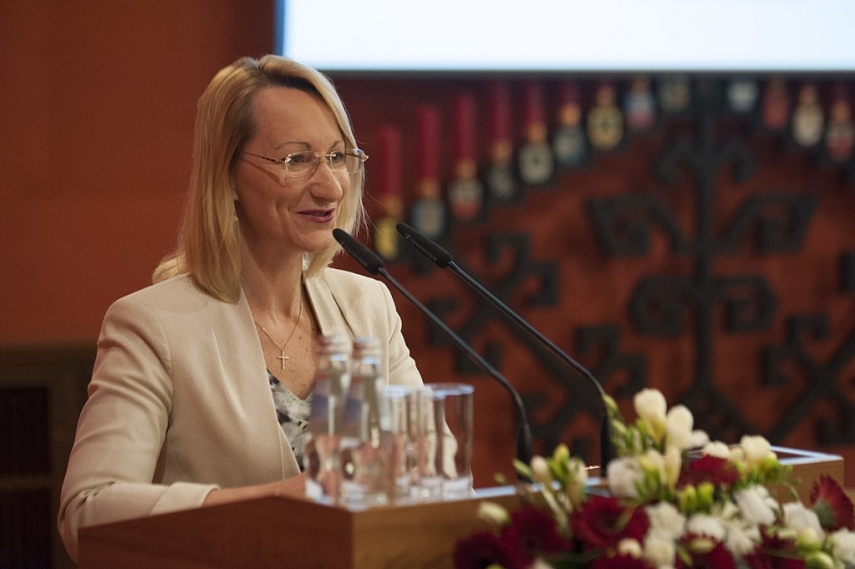 RIGA - The XXVI Nationwide Song and XVI Dance Celebration was among the best ever held in Latvia, Culture Minister Dace Melbarde (National Alliance) said at a news conference today.

In the minister’s words, this was the first Song and Dance Celebration that had its budget clearly earmarked three years in advance, which made the planning much easier.

Melbarde also believes that the information and experience obtained during this year’s festival will be very useful when planning and organizing the next Song and Dance Celebration. “A very good artistic and organizational foundation has been laid for the next celebration in 2023 when we will be marking 150 years of the tradition. Undoubtedly, this has been a major cultural event,” Melbarde said.

The minister also noted the need for a different ticket distribution model for the next Song and Dance Celebration.

Around 16,500 choristers took part in the Song and Dance Celebration’s closing concert. Many of them stayed after the concert to participate in a sing-together event that continued at Mezaparks until dawn.

Latvia’s XXVI Nationwide Song and XVI Dance Celebration took place from June 30 to July 8 with the participation of more than 42,000 people.