Third satellite exhibition of the project JUST ON TIME. Design Stories About Latvia 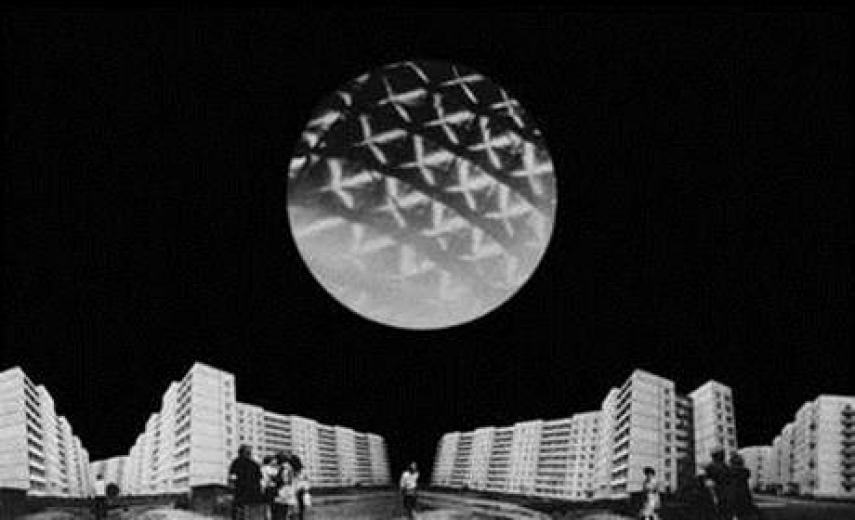 RIGA – The third and final satellite exhibition of the project JUST ON TIME. Design Stories About Latvia, dedicated to the 40th anniversary of the exhibition Form. Colour. Dynamics will be on view at the Museum of Decorative Arts and Design in Riga (Skārņu iela 10) from 7 December 2018 to 17 February 2019.

In Latvian art of the 20th century there are several legendary exhibitions whose true significance can be appreciated in a longer chronological perspective. One of such important turning points is exhibition Form. Colour. Dynamics made by artists Valdis Celms, Arturs Riņķis and Andulis Krūmiņš, which exactly 40 years ago – at the turn of 1978/1979, took place in the listed St. Peter’s Church in Riga.

This exhibition was innovatory in different aspects. Firstly, the exposition included objects of kinetic art, which at the time were described using the term “unique [one-off] design”. Yet the exposition should be seen as the first legal representation of abstract art under the degrading conditions of Socialist Realism, furthermore, not only in Latvia but also in the Soviet Union.

Secondly, the multi-functionality of the kinetic objects pointed to the search for a synthesis of art, tearing down barriers between different forms of art. The exhibition showed that Valdis Celms, Arturs Riņķis and Andulis Krūmiņš took the concept of design in a very broad sense. Futurological projects for aesthetic organisation of space demonstrated the interaction of architecture and sculpture. In the decoration of public buildings and interiors, through commissions from combine Māksla [Art], the authors had the opportunity to realise monumental works – mobiles, compositions of kinetic painting, conducting experiments with the mutual relationships of light, colour and movement.

In connection with the exhibition Form. Colour. Dynamics Arturs Riņķis wrote in magazine Liesma [Flame]: “In our experiments we operate with colour, form, texture, intensity of dynamic light and nuanced movement, which hold aesthetic values not yet fully discovered.” Yet all three makers of the exhibition believed that, through the focus on creative formal approach, the main common element in their kinetic objects is movement with the aim of triggering reflection, emotion and associative artistic images. The aesthetic qualities of movement were among the strongest and most surprising impressions from this show.

In outlining the development of art, especially the appearance of contemporary trends at the end of the 20th century, it is impossible not to mention the exhibition Form. Colour. Dynamics. At the same time, it must be admitted that a paradoxical situation has arisen. Majority of the kinetic objects have not survived. The exposition was not sufficiently documented in photographs, not to mention filmed material. Furthermore, the exhibition booklet only provides information about kinetic objects, while the press reproduced photomontages – visionary projects for spatial organisation. Thus there was no full information on which specific works by the artists were shown in this legendary exhibition.

Marking the 40th anniversary since the exhibition Form. Colour. Dynamics, the Museum of Decorative Arts and Design will for the first time present the exhibition plan drawn by artist Valdis Celms as well as photographic copies of the exhibited works. The first part of the project will be an opportunity for the viewers to see sketches of separate works and photomontages. Meanwhile in the second part the visitors will see Valdis Celms’ kinetic sculpture Rotating Cylinders (1972), Arturs Riņķis’ video versions of kinetic paintings prepared especially for this show and colour photographs of kinetic objects made from diapositives of the time.