The Ventspils Yacht Port is preparing for the season 2020 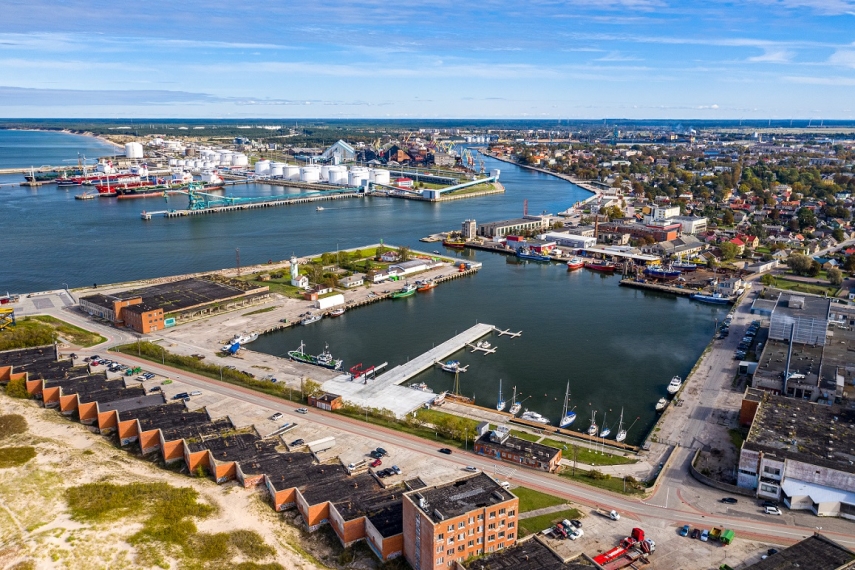 SIA New Yacht Marina, the owner and operator of the Ventspils Yacht Port, continues to prepare the yacht harbour for the season of 2020.

During 2018 – 2019 the Yacht Port completed a modernization program for its main berth using investments of its shareholders (SIA Baltic Marine Holding Company, the main owner is an entrepreneur Igor Šechelev) and support of Estonia - Latvia Border Cooperation Program (development project ESTLAT55). After modernization, the total length of the mooring lines was increased to 110 m., both due to the repair of the coastal mooring line and the construction of floating moorings. As a result of the completed works, starting from the season 2020 the Yacht Port is capable to accept up to 50 yachts at the same time.

The preparation program for the new season includes not only technical, but also marketing events.

“In the previous season,146 yachts from Germany visited the yacht port, which is 29% of all visits. That is why we paid special attention to working with our potential customers in Germany, and we began preparations for the season 2020 by participating in the exhibition “Boot Dusseldorf 2020”. As a year earlier, the interest from German yachtsmen was significant – the joint stand of the East Baltic Coast program received more than eight hundred visitors – both from Germany and from other countries.

Yachtsmen from Finland also make up a significant part of our customers, about 20%. Finnish yachtsmen's interest in seascapes of the southern coast of the Baltic Sea remains stable. We continue working so that as many yachtsmen from the north of the region as possible become aware of the possibilities of the Ventspils Yacht Port and the advantages of its location at the crossroads of the trans-baltic sailing routes. Accordingly, in course of preparation for the new season, SIA New Yacht Marina participated in the Helsinki International Boat Show in February 2020 and actively advertised the possibilities of the Ventspils Yacht Port.”

Despite the obvious difficulties that the global economy faces due to the pandemic, SIA New Yacht Marina not only intends to complete in 2020 the overhaul of the service centre in the yacht port management building at 42 Mednu street, but also considers a plan for investment in technological development of the Ventspils Yacht Port and expansion of the range of its services in 2021-2022.

“In 2020-2021 SIA Baltic Marine Holding Company will continue the previously adopted investment program in the yacht harbour of Ventspils through its subsidiary company SIA New Yacht Marina. Obviously, the yachting season 2020 will not be easy due to the restrictions caused by Covid-19, but we continue working for the long haul and are working] out a plan for the further development of the functionality and customer service of the Ventspils Yacht Port.

This long-term plan considers purchasing of special equipment for repair and maintenance of yachts, appropriate staff training, opening of a fuel station for yachts and motor boats, development of IT services available to customers, setting up hotel rooms and apartments for temporary and vacational stay of guests of the yacht port and of the city of Ventspils.

However, no matter how uncertain the yachting season 2020 may be, SIA New Yacht Marina already has a dry storage area for yachts (840 sq.m.) and self-propelled yacht crane “Roodberg РНА-35”, the only one in Latvia of such kind, with a lifting capacity of 35 tons, which will allow the Yacht Port of Ventspils to accept up to 40 yachts in autumn 2020 for dry winter storage and provide them with the necessary service.”

At the same time, Baltic yachting communities have various views to the prospects for the season 2020.

Many remain optimistic and keep hope; for instance, organizers of the Gulf of Riga Regatta (https://gorr.lv/), which start from the Ventspils Yacht Port is scheduled for June 28, postponed the final decision on the regatta until May 15 in anticipation that the ban on holding mass and sports events in Latvia may be cancelled by this time.

As for the events in the western part of the Baltic Sea, it is important to note that the organizing committee of MidsummerSail, the longest regatta in the Baltic (about 900 miles between Wismar and Töre), has decided that the starting fee will not be charged this year and continues to register participants for the start scheduled for June 20.

In addition, 81 crews are registered for 75 starting places of the five-hundred-mile marathon race BALTIC 500 Race (scheduled for May 20-26, start/finish in Strande). The organizers have cancelled the traditional award ceremony and gala dinner, and are awaiting the permission from the authorities of Germany, Denmark and Sweden to carry out the competition.

Among other events, it can be mentioned that the Festival “Days of the Sea” in Szczecin (Dni Morza Sail Szczecin) is rescheduled for August 28-30. Information about the postponement of the annual Sailing Festival in Gdansk (Baltic Sail Maritime Festival Gdańsk) from June to a later date has not been published yet. The Baltic Yacht Week in St.Petersburg is postponed to August. The start of regatta from Kiel to St.Petersburg (Nord Stream Race) through Copenhagen, Stockholm and Helsinki is postponed from June to September.

As Aivars Graudins, the Board Member of SIA New Yacht Marina, explains:

“We hope that despite all the difficulties and limitations during this summer, all interested Latvians, foreign guests, lovers of sailing and travelling, as well as fans of yachting and participants of yachting competitions will be able to visit Ventspils, appreciate the beauty and hospitality of the city, and take full advantage of the services of the Yacht Port.”