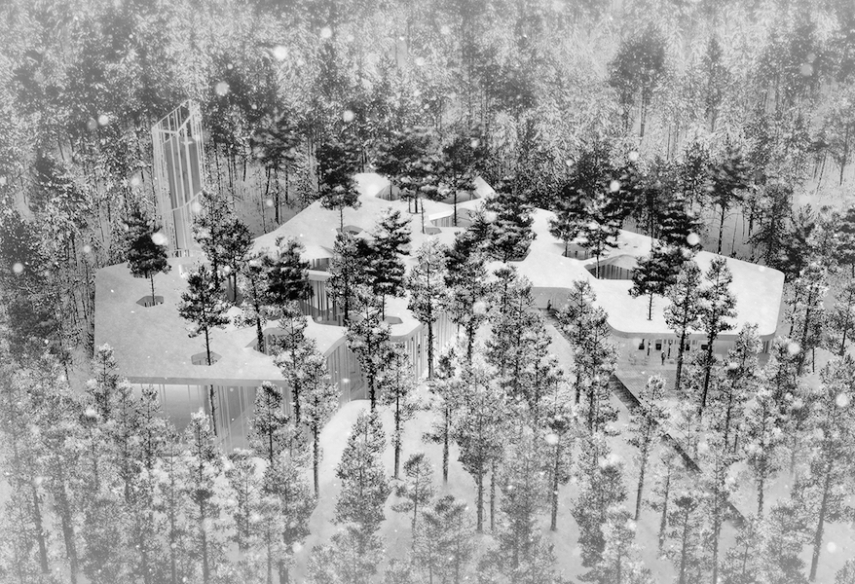 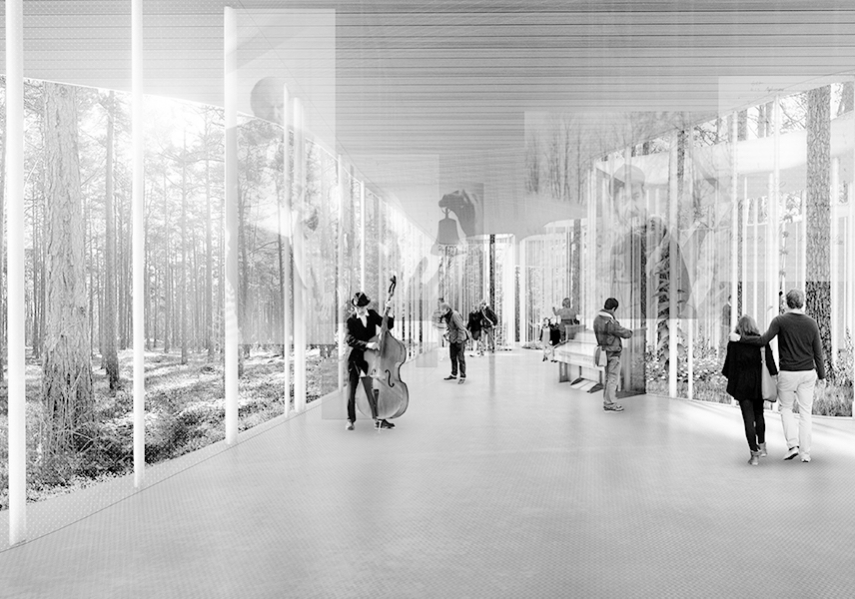 Like those musical structures in Arvo Part’s music that reflect one theme in another, the Spanish architects, Enrique Sobejano and Fuensanta Nieto, from the Madrid based architectural firm Nieto Sobejano Arquitectos, design for the new Arvo Part Centre Tabula, is imagined as a geometric pattern, and "originated in a repeated pentagonal form, which contains courtyards of variable dimensions,"  they note.

The centre’s architectural design was inspired by one of  Part’s most important musical compositions, Tabula Rasa. It will be built at a cost of 6.69 m Euros, and will be located 29 km west of the capital Tallinn, in the village of  Laulasmaa, in northwestern Estonia.

Michael Part, the composer’s son and co-founder and chairman of the board of the Arvo Part Centre informed The Baltic Times,“The new Arvo Part Centre will be a place where a visitor can be closer to the music of Arvo Part. They can experience the music and its context in an environment that has inspired the author, especially as many areas of inspiration originate away from the concert hall. We would also like to cultivate a better understanding of how to listen to music and the environment around us, and are therefore working on an initiative of a listening school amongst other educational programmes.”

The centre, which is located in the middle of a forest, and incorporates into its design the areas of numerous towering pine trees, will open its doors in autumn 2018 during  Estonia’s 100th anniversary celebrations. It will house Part’s comprehensive personal archive, and feature a library, a 140-seat chamber hall, an exhibition area, a video room, classrooms and workrooms for staff.

It will bring together the entire creative heritage of the composer, related information and documents, both in physical and digital format. The most valuable part of the archive are manuscripted scores, various drafts and sketches. Musical diaries the composer has kept for years reflect his search during the composition of his works, as well as his thoughts on life, creative work and religion. The rich variety of archival materials also includes: correspondence with the commissioners of compositions, publishers and musicians, thousands of photographs, recordings stored on different formats, films, and other materials related to Part’s life, as well as his works and their reception.

When Arvo and Nora Part returned to Estonia, their wish was to bring their archive with them to the Estonian-speaking environment. "But then, where should they keep this archive and centre open to the public? Maybe Tartu or Tallinn? But Laulasmaa is actually a very important place for Arvo and also many other Estonian artists. Arvo visited the area many times,"  Anu Kivilo, Arvo Part Centre Managing Director stated.

“Other countries were also interested in taking the materials related to Arvo Part’s work into their care, the Berlin Academy of Arts expressed strong interest, for instance, but Arvo Part wished to establish the Centre in Estonia. Estonia and Laulasmaa form an inseparable part of his creative journey. Laulasmaa used to be a place where many composers spent their summer holidays, among them Part’s teacher Heino Eller, with whom Arvo had a close relationship. The fact that the Centre is located in Laulasmaa is helping to continue these traditions. The surrounding nature, isolation and silence are also vital for concentrating and listening to oneself.”

The centre’s architects informed The Baltic Times that the centre’s interior, walls and ceilings will be of white oiled pine wood, and continuous paved flooring will interact with the natural light filtered through the courtyards. The center’s exterior is unified architecturally by a roof conceived as a large platform, which rises and folds to adapt to the different interior required heights.

"This zinc roof scape establishes a dialogue between its geometry and the organic shapes of the surrounding trees," said Nieto.

The centre’s facades are conceived as a filter defined by a changing sequence of slender columns, a free architectural representation of Part’s compositions. Some areas will allow larger transparent glass surfaces, whereas others will be more protected, filling the gaps of the filter-like screen. The observation tower is conceived as a helical structure emerging above the trees, to allow a distant view toward the sea.

Nora Part, Arvo Part’s wife has stated, "This centre is actually a continuation of his life and his creation. The works he has written in his life are like children who have grown up and flown the nest and now they have landed here in the centre."

The Arvo Part Centre’s soul is one envisioned radiating and focusing on creation and creativity, and once completed, is intended to be a large single place for concentration and study, "in which one can express and exchange ideas, visit an exhibition, go to the cafeteria, read in the library, listen to a performance in the auditorium, or simply stroll out into the woods,"  said Sobejano.

Nora Part further said, "Our task is to create an atmosphere and environment that reminds us of the wellspring from which Arvo composes his music. It should be creative and relaxed. A place where people have a chance to take a look inside themselves and add some more serious context."

The centre will be used to conduct various activities related to Part’s musical work, serving also a research and study environment, Kivilo stated.

"To keep alive and interpret in architectural terms the creative legacy of Arvo Part means to find a balance between the intimacy of his musical compositions, and the powerful beauty of the Estonian landscape. The radical decision of preserving all the pine trees, generates an unexpected dialogue between the unitary structure of the roof and the playful disposition of the courtyard voids. After all, aren’t void and silence the hidden protagonists of architecture and music? " said Sobejano.

At the commencement of 2017, for the sixth consecutive year running,  Arvo Part, 82, whose music is performed extensively throughout the world,  was awarded the accolade of being the "world’s most performed living composer" by the classical music event database, Bachtrack. Of Part's popularity, the American composer Steve Reich (one of "a handful of living composers who can legitimately claim to have altered the direction of musical history,"  as music critic Andrew Clements notes) has written, "Even in Estonia, Arvo was getting the same feeling that we were all getting ... I love his music, and I love the fact that he is such a brave, talented man ... He's completely out of step with the zeitgeist and yet he's enormously popular, which is so inspiring. His music fulfils a deep human need that has nothing to do with fashion."