The music that spoke for itself 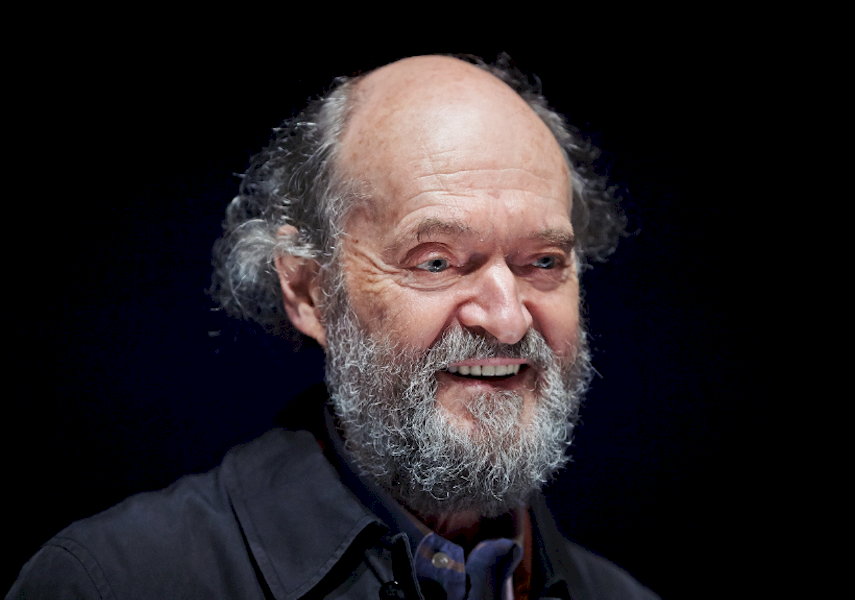 ARVO PART: A recluse, an eccentric; undoubtedly a genius.

What a sensational set of birthday celebrations for the Estonian composer Arvo Part. He turned eighty in September, but the celebrations began long before: his music has been resounding reverentially in concert halls across the world for the last several months; an homage to his contribution to contemporary music, which some would argue is one of the greatest in the world.

Estonia staged the biggest event. There were nine concerts over nine days dedicated to the great man.
Part’s birthday on Sept. 11 – known now in Estonia as Arvo Part Day – was celebrated with performances held under the wing of the increasingly popular Nargen Festival. It was staged in the ideal venue: the Noblessner Foundry, a newly renovated space in the heart of the increasingly trendy Kalamaja district in Tallinn.
The concerts were followed up by a reception attended by Prime Minister Taavi Roivas and President Toomas Ilves, both keen to offer their congratulations to Part.

To top things off, on Sept. 26, Latvijas Koncerti, in cooperation with the Boris and Inara Teterev arts programme TETE-A-TETE, staged a performance of Part’s 2009 composition Adam’s Lament, a work composed for mixed choir and string orchestra, performed in Riga’s majestic Dome Cathedral.
The Riga performance of Adam’s Lament marshaled the full orchestral and choral forces of the original performers featured on Part’s Grammy winning CD of the same name. This included the Latvian Radio Choir, Vox Clamantis, Sinfonietta Riga, the Estonian Philharmonic Chamber Choir, and the Tallinn Chamber Orchestra.

The performance was conducted exquisitely by Maestro Tonu Kaljuste. Speaking to The Baltic Times after the performance, Kaljuste said he considers it his mission to see Arvo Part’s new compositions performed long into the future.
As a conductor of Arvo Part’s music, Kaljuste feels a strong connection to his compatriot. “If you live in the same country, and on the same street, and in the same house with the composer,” he says. “You are really close to all that Arvo Part is doing.’’

In the work, for those who have not yet listened to this sublime piece, Part expresses his affinity with both the saints of the Eastern Orthodox Church and for its mystics. The text of work is based on poetic lamentations of St. Silouan, a monk on Mount Athos in Greece. It is a work which describes Adam’s anguish, his pain and grief of having been expelled and banished from paradise. For Part, the figure of Adam represents “humankind in its entirety and each individual person alike, irrespective of time, epochs, social strata and confession”.

“Adam is all of us who bear his legacy. This ‘Total Adam’ has been suffering and lamenting for thousands of years on Earth. Adam himself, our primal father, foresaw the human tragedy and experienced it as his personal guilt. He has suffered all human cataclysms, unto the depths of despair.” Arvo Part has stated in the past.
Adam’s Lament was a distinctive work of simplicity contrasting between moments of monumentally powerful outbursts and then moments of tenderly fragile abrupt meditative silence.

Part’s world has been ensconced in deep spirituality, stillness, and meditation, which is reflected in his musical language. For the past 30 years the composer has exclusively delved into and worked with prominently religious sacred texts, which has deservedly built him a reputation of being this era’s leading religious composer. Arvo Part is reminiscent of J.S. Bach, who has sometimes been called the Fifth Evangelist. “For Part, too, faith and music are so closely bound together that they become a meditation or a proclamation of the Gospel,’’ said Jana Jeruma-Grinberga, the chaplain at St Saviour’s Anglican Church in Riga.

If this iconic, extravagantly bearded man’s music represents a more approachable end of modern composition, then Arvo Part himself as a man is characterised by his reclusiveness and unapproachability. “We can only respect Arvo Part’s decision of not wanting to speak,’’ said Kaljuste.
As his son Michael Part, who is the Director of the Arvo Part Centre, informed The Baltic Times, Arvo Part no longer gives interviews.

“My father will not be able to give any interviews anymore,” says the younger Part. “As this is a joint family decision, and my involvement in this interview would directly affect my father, I would kindly ask not to participate myself.”
Indra Jogis, also from the Arvo Part Centre, stated: “Arvo Part has given only very few interviews in the past, and if so, it had caused him a considerable effort, as he does not like to speak so much, neither about himself as a person nor about his work.’’

Jogis noted that the media interest of this year’s celebration exceeded by far Arvo Part’s  physical capabilities and available energy, which is the reason why Part has decided not give interviews anymore.
However, words are not necessary for Arvo Part. In the words of the composer, “Music says all I have to say.” He has endeavored to use his music to communicate for him music’s essential purpose, its spiritual, transcendent power.