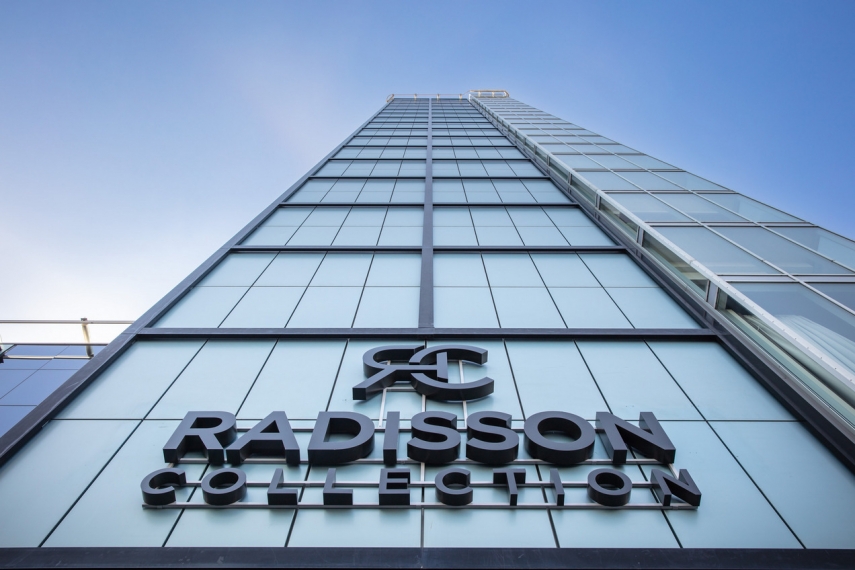 On May 1, based on a franchise agreement, the Estonian company HMP Hotellid OÜ opens in Tallinn the first Radisson Collection hotel in the Baltic States, featuring rooms designed by Estonian designers, a spa complex, a 1,000 square meter conference centre and two new first-class restaurants – MEKK and ISSEI.

The representative hotel located on Rävala boulevard and formerly known as Radisson Blu Sky has undergone a major overhaul, as a result of which the hotel has been upgraded to a 5-star level.

According to Ain Käpp, chairman of the board of Radisson Collection Tallinn, the opening of the hotel on Rävala boulevard is a big compliment to Estonia and the city of Tallinn: “The fact that one of the world’s largest hotel chains allows bringing its most prestigious brand to Estonia during the pandemic that has affected the entire tourism world is undoubtedly a sign of recognition.”

“One of the principles of the Radisson chain is that the hotels as much as possible match the spirit of the country where they are located. The new hotel in Estonia will represent the local culture and design language. The entire hotel is conceived in a typical Estonian design style, here you can see Estonian art, and mainly Estonian photographs are displayed on the walls,” Käpp explained.

According to interior architect Argo Vaikla, the goal was to achieve a modern and unique result, which required the use of very high quality materials: “Throughout the building we used Estonian Woods dark wood-look laminated panels, specially designed for the Radisson Collection. The overall design of the building is inspired by the Estonian forest.”

Eco-friendly solutions are used in the interiors of the hotel. For example, the floors in the corridors are covered with a relief carpet made from recycled fishing nets. Photographs by Kristoffer Vaikla hang on the walls of the rooms, introducing Estonia through 12 separate themes: for example, a guest can see in his or her room what an Estonian swamp or forest looks like from the air.

The hotel has 287 rooms, including 19 suites: the Presidential Suite, Premium Suites and 3 unique fitness suites. All rooms offer a beautiful view of Tallinn. On the fourth floor of the hotel there is a spacious gym and a spa centre with 3 saunas – a Finnish sauna, a steam sauna with a sanarium, a Japanese sauna and a swimming pool.

As one of its most important innovations, the Radisson Collection will open the ISSEI rooftop restaurant and bar on the 24th floor. The restaurant with a panoramic view of Tallinn will offer Japanese-Peruvian cuisine, which is the first Nikkei concept cuisine in the Baltic States. You can get acquainted with the local culinary culture in the famous Estonian restaurant MEKK on the first floor of the hotel, where chef Rene Uusmees will offer guests delicacies of modern culinary art.

On the second floor, a 1,000 square meter conference centre has been completely renovated. It has 8 halls, the largest of which is named “Tallinn” and can accommodate 300 persons. The remaining 7 conference and meeting rooms are named after cities where other Radisson Collection hotels are located.

Real estate owner Eften Capital AS launched a hotel renovation project in the summer of 2019 and recruited Estonian interior architects from the Vaikla Disain bureau – Argo Vaikla, Katrin Vaikla, Kaidi Org, Mari-Liis Süld and Kristoffer Vaikla. The 3D visualization of the project was done by Tiina-Mai Nummert. The authors of the photographs in the rooms and corridors of the hotel are Kristoffer Vaikla and Karl Anders Vaikla. Investments in the reconstruction of the hotel amounted to about 25 million euros. The construction company Fund Ehitus OÜ was chosen to implement the project.

There are only 28 Radisson Collection hotels in the world.