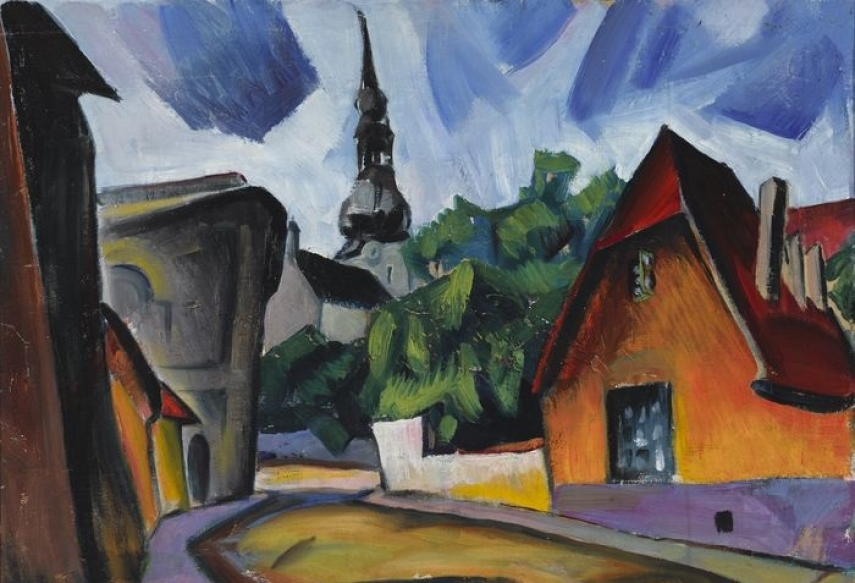 On Thursday, 4 April, the Adamson-Eric Museum will open a new exhibition entitled On the Stage and on the Canvas, which compares the works that Estonian artists created for the theatre to their non-commissioned works from the first half of the 20th century.

With the birth of professional Estonian theatre at the beginning of the 20th century, a need arose for a more holistic approach to staging, including the stylistics and visual aspects of performances. In Teatri-raamat, published in 1913 on the state of Estonian theatre, the members of the Noor-Eesti group criticised the weakness and primitiveness of Estonian stage design, which had been left far behind by the developments in German and Russian scenography. The existing design principles of the time could not be used to express more complicated dramaturgical ideas.

“The exhibition On the Stage and on the Canvas juxtaposes non-commissioned works by the artists Roman Nyman, Ado Vabbe, Henrik Olvi and Adamson-Eric to designs they created for the stage. Through these, we examine the manifestations of modernist tendencies in both fields of art and how the authors expressed themselves in those different roles,” comments the curator Kerttu Männiste on the exhibition. “In the case of scenic design, the artist’s creative freedom is limited by the play, the stage management, the technical possibilities of the theatre and a number of other factors. At the exhibition, visitors can see how boldly Estonian artists adopted new futurist and expressionist techniques, not only in their artwork but also on the stage.”

The turning point in the development of professional Estonian scenography came when Roman Nyman commenced work at the Estonia Theatre. He was the first to actually study theatre design at the Stieglitz School in St. Petersburg. The theatre needed high-level visual and spatial stage designs; the artists expressed interest in modernist, and especially expressionist, means of expression, which were rapidly taking root in the theatre, and wished to expand their creative profiles, which led several Estonian painters to experiment with scenic design. Their experiments were usually limited to one or two stagings, but some artists worked on more. For instance, the expressionist painter Peet Aren’s oeuvre contains a small, yet significant chapter on expressive and colourful set designs.

The objects of art in this exposition come from private collections and the collections of the Estonian Theatre and Music Museum, the Art Museum of Estonia, the Tartu Art Museum, and the Under and Tuglas Literature Centre.

On 11 April at 5 pm, a curator tour will be held at the exhibition with Kerttu Männiste, who will talk about the situation in Estonian theatre and scenography in the first decades of the 20th century.

The exhibition will remain open until 4 August 2019.