The exhibition Border Poetics. Estonian Art 1918–2018 will open at the State Tretyakov Gallery in Moscow. 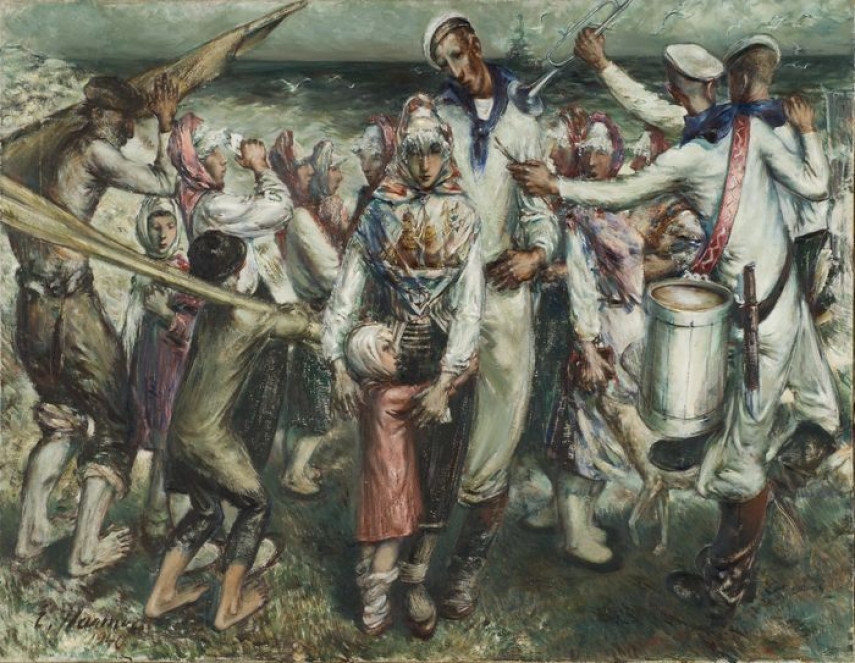 On Wednesday, 21 November the exhibition Border Poetics. Estonian Art 1918–2018 will open within the framework of the international programme marking the centenary of the Republic of Estonia. The exhibition, born out of collaboration between the Art Museum of Estonia and the State Tretyakov Gallery, offers a mosaic of Estonian art from 1918 until 2018, and it is based on the collections of the two museums.

The exhibition is focused on the decades after World War II, when the Tretyakov Gallery established its collection of Estonian art. Works from the Art Museum of Estonia will provide a regional art history context for those works. The exhibition can be seen as providing concentrated insight into Estonian art history, by highlighting the significant creative figures of Estonian Modernism from the years preceding World War II until the early 21st century.

In Estonian, the word “border” has many meanings, and is not limited to an association with state borders. The phrase “border poetics” is used in studies related to social and cultural experiences, which, among other things, deal with how borders are depicted. Border experiences have enriched Estonians in their search for their roots and their fundamentals, as well as in their art practices. The themes that run through the exhibition explore the concepts of border and place, and how their meanings have changed over time. The exhibition is divided into five sections: “The Classics”, “Teacher and Student: Elmar Kits and Ülo Sooster”, “Seascape”, which is a symbol of the region, “Here and Elsewhere” and “Female Artists”.

A book accompanying the exhibition will be presented at the opening.

Border Poetics. Estonian Art 1918–2018 is part of the international cultural programme marking the centenary of the Republic of Estonia. The Art Museum of Estonia’s foreign exhibition programme started last year at the same time as the Estonian Presidency of the Council of the European Union. Within the framework of the foreign exhibition programme, the Estonian contemporary art exhibition The Archaeology of the Screen. The Estonian Example was organised at the BOZAR Centre for Fine Arts in Brussels and the exhibition Konrad Mägi was organised at the Galleria Nazionale d’Arte Moderna in Rome, as cooperative projects of the Art Museum of Estonia and the Organising Committee for Estonia 100. In early 2018, Michel Sittow. Estonian Painter at the Courts of Renaissance Europe was exhibited at the National Gallery, Washington, and later at the Kumu Art Museum. In October, the contemporary art exhibition Ascending from the Liquid Horizon opened in Nantes, France in cooperation with the Le Lieu Unique art centre. As of 15 November , an exhibition of the Estonian artist Kaljo Põllu’s prints will be on exhibit at the Okuni Shrine in Japan.