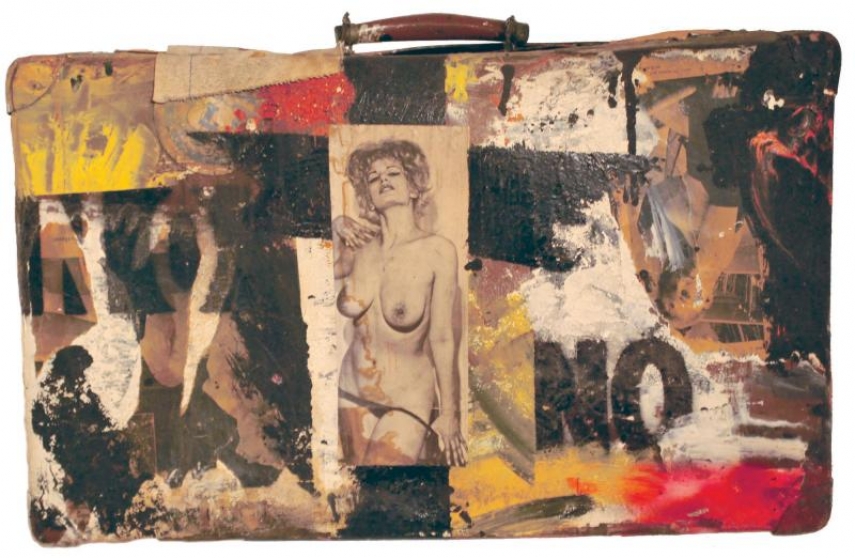 Each year thousands of art industry insiders flock to Art New York in search of the art and artists that will shape trends in galleries worldwide. Hosting thousands avid art enthusiasts annually in a warehouse on Pier 94 on the west side of Manhattan, it is one of the largest international gatherings of qualified trade buyers, art dealers, interior designers and architects.

A special preview on May 3 offered collectors, art advisors, curators, and media the opportunity to examine and acquire the finest works available in the market before the fairs opened to the public that evening, continuing through Sunday, May 8.

The expo has showcased artwork from more than 150 galleries representing nearly 1,200 artists from 50 countries at Pier 94. The combined exhibition space of Art New York and CONTEXT New York covers more than 200,000 square feet, set against the dramatic backdrop of the Hudson River.

Directed by Katelijne De Backer, the second edition of Art New York has provided a fresh alternative to acquiring important, never-before-exhibited works from both primary and secondary markets. In addition,

Boris Lurie was born in Leningrad in 1924. His family escaped to Riga after the Russian Revolution.

During WWII, following the occupation of the Baltic countries, the Germans herded together the Jewish population of Riga into two ghettos. The family was separated. Lurie, then 17, and his father had to perform forced labor in the “small ghetto” while his mother and sister were taken to the “big ghetto.” Lurie and his father survived the war, while his mother and sister were shot and buried in a mass grave in the winter of 1941.

After the war, Lurie, whose adolescence was formed by the concentration camp experience, and his father resettled in New York, where he became an artist with horrors of the Holocaust always depicted in the background.

Excessive, useless violence within the complex of industrial mass murder—an outcome of the combination of racism and modern procedures as utilized for killing the European Jews—informs the work of Boris Lurie. Images of women in Lurie’s work present an object of unfulfilled desire and of contempt.

Their pornographic cutouts are a metaphor for degraded and dehumanized Jews in the concentration camps.

In 1960 he founded the NO! art movement to have art address the disconcerting truths: racism, imperialism, sexism, colonialism, depravity. The movement favors “totally unabashed self-expression leading to social action” and is opposed to the pop-art that celebrates consumerism and to decorative “salon art” such as abstract expressionism.

A gallery from Moscow’s Winzavod art district exhibited Lips-Legs and Fragment A by Vladmir Semenskiy, who is known for large canvas paintings created by impulsive body movements, showing reality as a random sum of spontaneous personal movements.