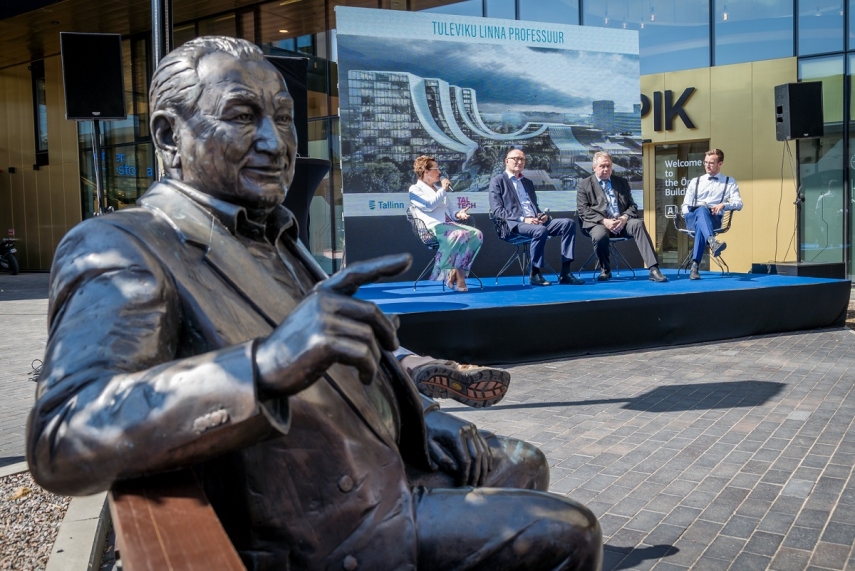 At the beginning of June, Tallinn University of Technology (TalTech), the City of Tallinn and the developers of Ülemiste City, launched the innovative City of the Future Professorship.

According to the Chairman of Mainor AS Management Board, Kadi Pärnits, Ülemiste City, which has become one of the biggest business campuses in Baltics with over 10,000 people and 400 enterprises, is doubling its numbers in the next 5 years, and this rapid growth requires smart decisions.

"Within the framework of our professorship, Ülemiste City will turn into a test bed of a sort, where data about the operation of a modern city is gathered, processed and synthesised, and innovative solutions are tested in the same setting in order to improve the environment. Our aim is to come up with solutions that are seamless and help to save valuable time for our talents, to let them succeed to their full potential," said Pärnits, who noted that the developers of the campus have pledged almost half a million euros in support of the professorship.

"The City of the Future is not just an environment with many technological tools, but it is also a good and awesome place to live and work. Technological solutions only have to contribute to this," said the rector of TalTech Jaak Aaviksoo. By bringing together specialists from different fields we can achieve even smarter solutions in architecture, construction, and indoor climate. That is why we are looking for a professor with extensive, international experiences," said Aaviksoo believing that the innovation could be later scaled over Tallinn, over Estonia and why not even further.

„It is essential for Tallinn to contribute to the new City of the Future Professorship along with Ülemiste City and TalTech, so our decisions would be based on real knowledge rather than gut feeling," added Tallinn Deputy Mayor Aivar Riisalu.

The new City of the Future Professorship brings together companies, researchers, doctoral and postgraduate students, who will focus on data processing and research in order to create solutions for future working and living environments.

The partners of the project include the developers of Ülemiste City, TalTech, the City of Tallinn, the technology giant Ericsson and a number of other private sector enterprises, mostly based in Ülemiste City.