The 3 most popular Winter Sportsmen of Lithuania 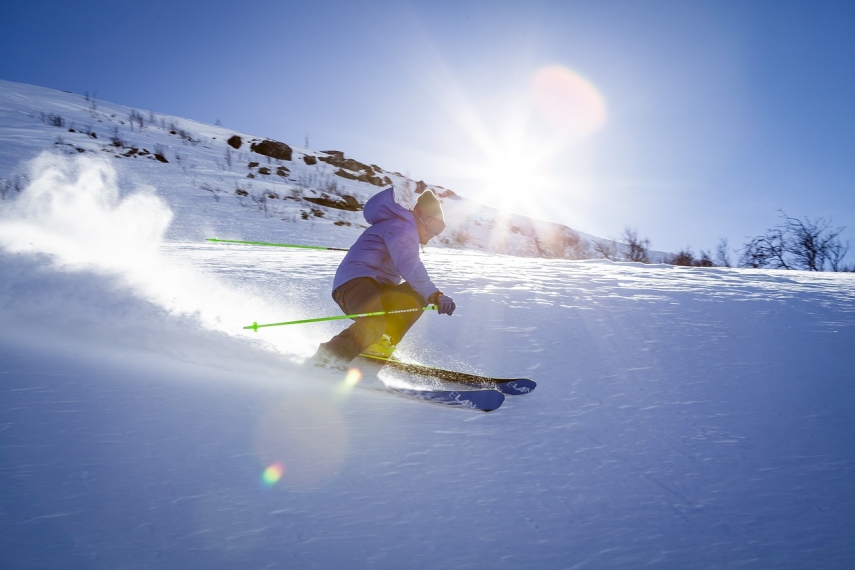 Directly after gaining independence from the former Soviet Union, sport in Lithuania is administered and run by the "Department of Physical Education and Sport". In terms of winter sports, Lithuanian alpine skiing is one of the most popular sports in the cold season, along with ice hockey.

Sport in Lithuania has brought up many stars that have achieved global recognition. In professional sports, Lithuanian athletes excel in alpine skiing and, of course, the Lithuanian national team regularly takes part in the ice hockey world championships. But which athletes in winter sports are the most popular and can already claim numerous successes and titles?

The popular lithuanian winter sportsman was born on the 10th of may 1999 in Vilnius. As a child of 9 years the athlete moved to Switzerland where he had to integrate. He succeeded quickly and the law student is now even competing in the Ski World Cup.

The exceptional talent already took part in the Olympic Youth Olympics in 2016. Two years later, in 2018, Drukarov was accepted into the Olympic team to represent the country at the Winter Olympics. After all, a placement of number 59 in the giant slalom and the 41st place in the men's slalom were achieved. Another highlight of the Lithuanian star's young career is the best result by a skier from Lithuania. The star achieved 23rd place at the FIS Ski World Championships 2021 in Italy (Cortina d'Ampezzo).

Drukarov also broke some FIS records, such as in 2021 with a score of 20.43 FIS points in giant slalom. In terms of winter sports and alpine skiing, he is certainly one of the best and at the same time the most popular winter sports athletes in Lithuania. Unfortunately, the country hardly achieved any notable international successes in alpine skiing or even landed on the podium. Nevertheless, winter sports in Lithuania are very popular sports and talents are always supported. In addition, young talents always have the opportunity to be included in the national team.

The Lithuanian figure skater Margarita Drobiazko is no longer active in sports, but achieved worldwide fame. Born on December 21, 1971 in Moscow, she and her then partner Povilas Vanagas became ice dance champions in Lithuania from 1992 to 2006 (consecutively). In terms of sport more than successful. In addition, the athlete participated in a total of twelve European Championships and World Championships in figure skating. After all, she achieved a bronze medal in each European and World Championship. A respectable achievement, which secured her the popularity of the Lithuanian population.

At the Olympic Games which were held in Salt Lake City in 2002, she reached 5th place in the ranking. As a personal best, she achieved a total of 196.18 points, which are based on the freestyle, original dance and compulsory dance at the European Championships and World Championships 2006. This means that the Lithuanian figure skater/dancer has entered the "Hall of Fame" for the best athletes in this winter sports segment and is certainly one of the reasons for the sustained popularity not only in Lithuania.

Also when it comes to cross-country skiing, Lithuania also has some athletes who have received worldwide attention. For example Tautvydas Strolia. The Lithuanian cross-country skier was born in Ignalina on March 31, 1995 and started his career in professional winter sports at an early age. Already in 2011 - at the age of 16 - the young talent achieved 95th place at the Junior World Championships over a distance of 10 kilometers in freestyle. After that, the professional took 62nd place in the sprint and 45th place in classic cross-country skiing in the “Continental Cup” (2012). His World Cup debut started in 2016.

Other significant successes in his career were his achievements of the 60th place at the U-23 World Championships (classic cross-country skiing) and 39th place in the full 30-kilometer mass start – a true achievement that fueled his reputation in Lithuania as a winter sports athlete. Most recently at the Olympic Games in Beijing, the winter athlete achieved 24th place in the classic team sprint category, 68th place in the freestyle sprint category and 83rd place in the 15-kilometer classic category. Of course, those placements are not enough for the top of the world, but for a winter sportsman from Lithuania those are remarkable results. Certainly one of the best in the country and the athlete is very well known and popular in Lithuania.

Lithuania has more to offer in terms of sports

In the country there exist over 80 olympic and non-olympic associations, which are organized under a conglomerate. A good lifestyle and sportive activities are especially encouraged a lot.

Other countries can learn a lesson from this. Of course, the nation participates in all Summer Olympics and Winter Games. Besides classic winter sports, football, athletics, cycling and basketball are also very popular among Lithuanians. Especially in basketball, Lithuanians compete internationally with the best teams. Certain successes such as winning the European Championships in 1937, 1939 and 2003 speak for themselves. In addition, silver medals were achieved in 1995, 2013 and 2015. Bronze (basketball) was in 2007 and 2011.

Currently the national basketball team of Lithuania is in 8th place of the FIBA-world ranking list. This is a remarkable value considering that Lithuania competes with ultimate basketball nations like the USA, Spain, Turkey and Argentina. But Lithuania is also trying to inspire the world with football. It doesn't lack motivation, nor because of talent, but the infrastructure such as stadiums and playing fields is not particularly well developed. In 2008, the Lithuanian national team reached the FIFA World Ranking 37 in football.

Other highlights of Lithuanian sport can be found in athletics. Here the athletes won eleven Olympic medals. Furthermore seven medals at World Championships and 14 at European Championships. Certainly one can always count on the athletes from Lithuania. Very well known and successful in the country is the discus thrower Virglijus Alekna, who even made it to become world champion twice in this sport. Additionally, the professional and superstar also won two Olympic gold medals in this discipline.

The level is rising and the future looks bright

The Lithuanians are currently not able to reach the world's top in terms of winter sports but the country is slowly gaining reputation in many other disciplines. Basketball and athletics bring more and more successes and many sportsmen from Lithuania are already parts of international clubs and teams with great ambitions for success.