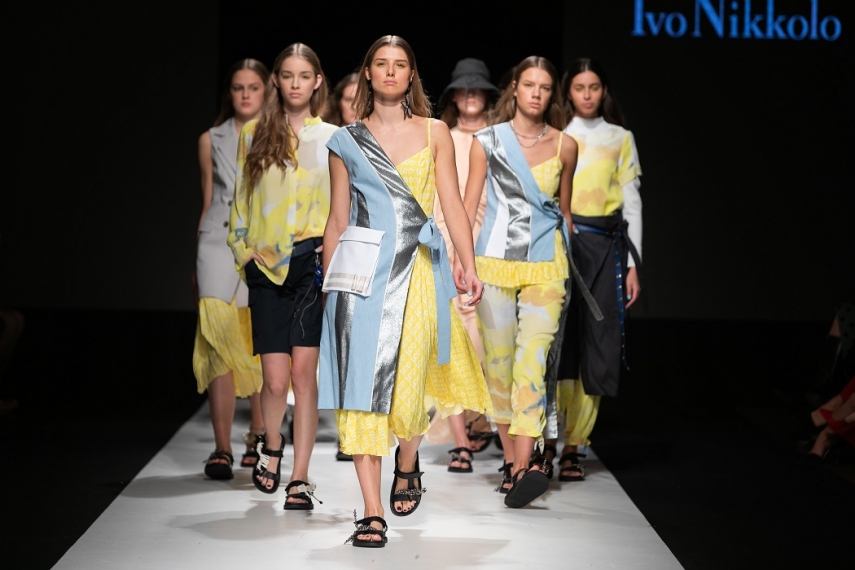 RIGA – The RIGA FASHION WEEK program included fashion shows from the best Latvian and also few foreign designers that were attended by local celebrities and international fashion industry professionals. Within the framework of RIGA FASHION WEEK, among guests of the brand Amoralle there was also the Latvian pop-diva Laima Vaikule, while Latvian tennis player number one Alona Ostapenko got into the role of a model and walked at the fashion show of Public Makes Image.

This season of RFW has marked a significant development in a professional aspect – it was attended by a record high number of international buyers from such prestigious multi label boutiques and department stores as STEFFL in Austria, Penelope and Tessabit in Italy, Lamoda.ru and Stockmann in Russia and other buyers from the abovementioned countries and also from Germany, Israel, France and United Kingdom.

RIGA FASHION WEEK has become one of the most creative and innovative fashion and cultural events in the Baltics by creating a fashion feast atmosphere throughout the city for a whole week, twice a year. The 29th RIGA FASHION WEEK was significant because in addition to the traditional program, events of the international project “United Fashion” also took place. The Baltic Fashion Federation is the official partner in Latvia and the Baltics of this project. Within the framework of this project, such events as the European fashion designer showroom, networking event, as well as seminar and workshop “Digitization. Brand management” took place, where among speakers there were such professionals as Jonathan Chippindale, CEO of the creative agency Holition; Kristina Dimitrova, founder of the media and event platform INTERLACED; professor of Istituto Marangoni – Fiorenza Sarotto from Italy, Vesma Kontere McQuillan – Latvian architect and designer, founder of the first Latvian fashion and style magazine “Pastaiga”, professor of Westerdals Oslo ACT, and others.

Within the framework of RIGA FASHION WEEK there were also several events specifically for media and buyers – at showroom INTRO in Galleria Riga, the RFW Showroom was opened, presentation of Lithuanian designer collections took place at Valnu 4 Baltic Design Boutique store, as well an extensive "United Fashion" European Designer showroom. On the closing day of RIGA FASHION WEEK, everyone had the opportunity to buy SS19 garments presented at the fashion shows in RFW designer showroom "See-now-buy-now".

The 29th RIGA FASHION WEEK hosted several parties organised in cooperation with RFW partners. At BOLD Concept Store there was an exclusive presentation of the book "This Is Not A F*cking Street Style Book" by Adam Katz Sinding, famous street style photographer. While the official RFW club – Coyote Fly Lounge Club was filled with a large amount of guests for two nights in a row to experience RFW afterparties – on a Friday night a vintage brand Volga Vintage presented its debut collection, which gained great ovations from the audience, while on Saturday – the closing night of RFW, Public Makes Image featured their show-after-show.