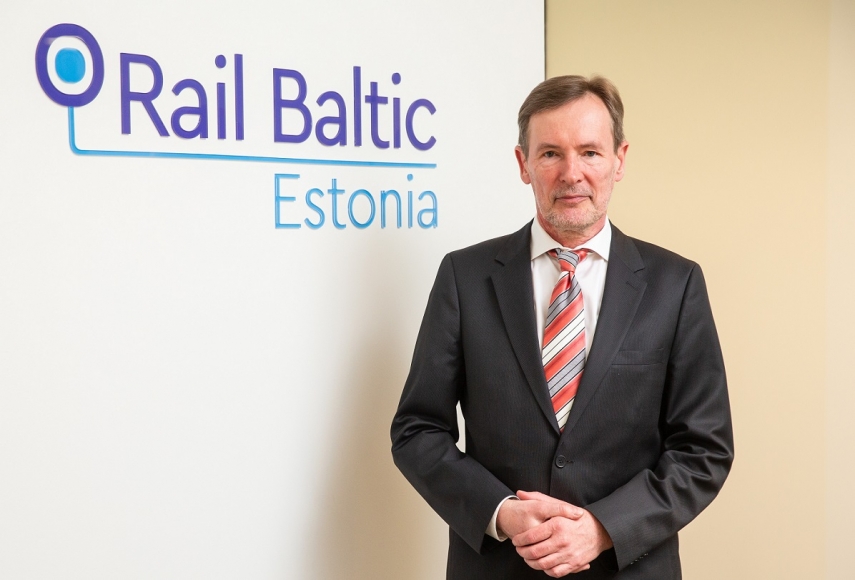 As of March 1, Tõnu Grünberg, an experienced senior executive of telecommunications sector, will be appointed CEO of Rail Baltic Estonia, a company implementing the Rail Baltica project in Estonia.

Tõnu Grünberg is a senior executive with long experience in telecommunications and information technology sector. He has been the CTO of Telia Estonia, the group CTO of TeliaSonera Eurasia, and CEO of Telia Group subsidiary Ucell in Uzbekistan. Until joining the Rail Baltic Estonia team, Grünberg was a senior advisor at Dubai based Management Consultancy, Sense Strategy, leading the projects of TMT company’s turnaround, strategy creation, optimization and product placement in MENA, Asia and Europe area.

“I am delighted to join the Rail Baltic Estonia team to help implement a megaproject that is important for Estonia and Europe. This is undoubtedly a major challenge that will give a positive impulse to the development of our region for many decades to come. My first priority is to ensure that the construction activities are kept on schedule and thereby secure funding for the future periods. It is also important to ensure the smooth running of the organization,” said Grünberg.

André Küüsvek, Chairman of the Supervisory Board of Rail Baltic Estonia: “I am pleased that as a result of the extensive and collegial work of the Supervisory Board, we have found a new Head of Rail Baltic Estonia, Tõnu Grünberg. Tõnu's task is to accelerate the project, achieve greater integration in management and ultimately deliver a high-quality and environmentally friendly railway connection from Estonia to Europe, which will benefit both residents and companies of Estonia and neighboring countries.”

Tõnu Grünberg will start as the CEO of Rail Baltic Estonia OÜ on March 1.

Under Grünberg's leadership, 2G-4G mobile generations were implemented in Estonia on Telia's Estonian network. In addition, Grünberg has long been the Vice President of the Estonian Association of Information Technology and Telecommunications.

Grünberg holds a master's degree from Chalmers University of Technology and has studied at the Swedish Institute of Management and London Business School.

Rail Baltic Estonia represents the interests of the Estonian state in the joint venture of the Baltic States, RB Rail AS, by implementing the development and construction of high-speed railway on the territory of Estonia. Rail Baltic Estonia employs 23 people.

Rail Baltica is a new economic corridor, providing an environmentally friendly and convenient railway connection that connects the Baltic States with the European railway network. The infrastructure will allow passengers to reach Tallinn from Pärnu in 40 minutes and Riga in 2 hours.