Sweden's defmin: Unrest in Baltic Sea region would be handled by all 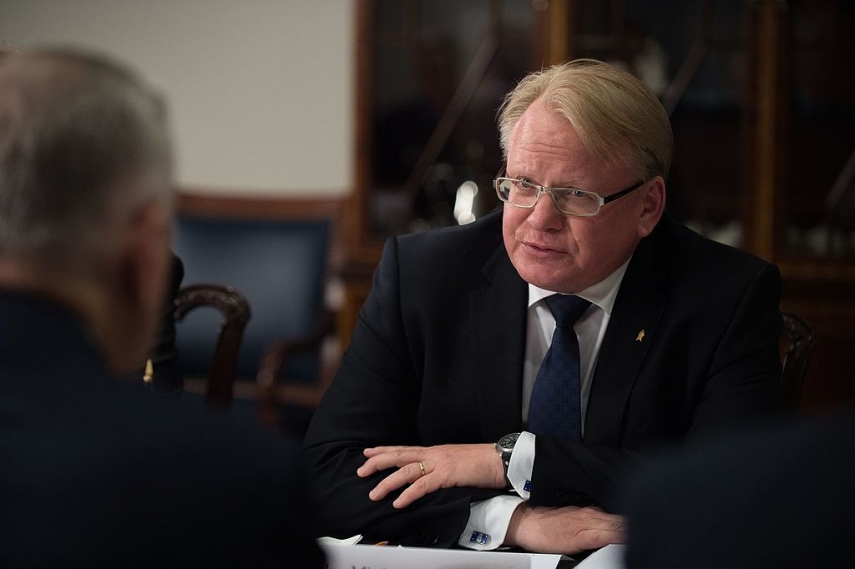 VILNIUS – All of the countries of the Baltic Sea region would have to respond to possible unrest in the region, although some of them are not members of NATO, Sweden's Defense Minister Peter Hultqvist has said in Lithuania.

"If something happens in our part of Europe, we think that in some way all of us will be involved. So we must prepare for situations where we need interoperability, where we need close contacts and where we need the possibility to operate together," the minister said in an interview to BNS amid concerns in the Baltic Sea region over Russia that annexed the Crimea peninsula almost four years ago and started supporting separatists in Eastern Ukraine.

Analysts say that it was the Russian factor that encouraged Sweden to become increasingly positive about being part of NATO, although the country's politicians have not yet initiated discussions on NATO membership.

Hultqvist said that, regardless of Sweden's NATO membership, cooperation with neighboring countries is crucial in the effort to further improve the capacities of national armies.

"From a non-Allied perspective, you can do this. We are not changing our military doctrine," he said.

Asked whether Sweden would provide military assistance in case of crisis in Lithuania, the Swedish official said he did not want to speculate about scenarios that could involve a large number of versions.

"But I think the most important thing is to discuss what we can do together in this area Lithuania, Latvia, Estonia, Finland and Sweden and all these countries. What can we do together, (is) to prepare so we can handle a crisis situation together but also to make threshold higher, so this crisis situation will not be a reality," said Hultqvist.