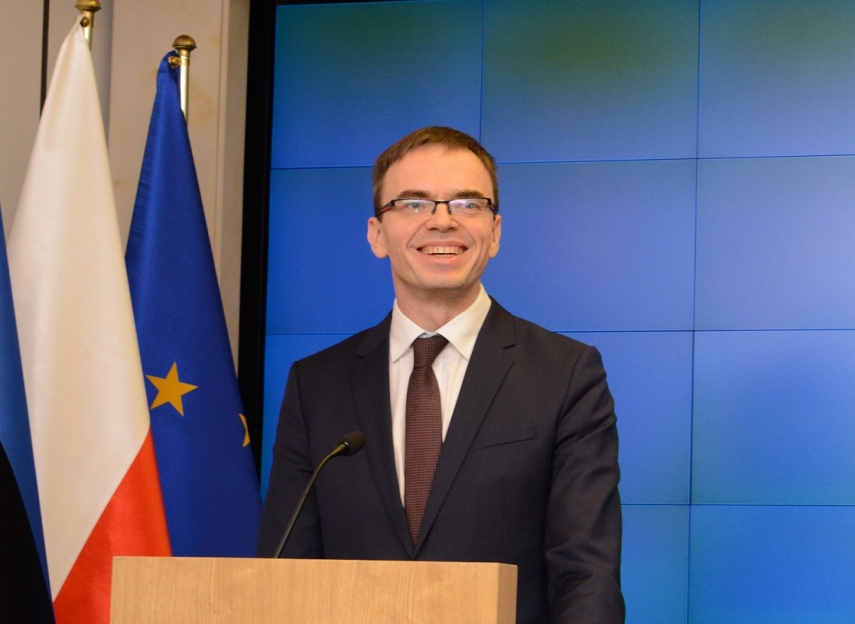 TALLINN – Sven Mikser, member of the board of the Estonian Social Democratic Party (SDE), has said that SDE will not set forth any red lines before receiving an invitation from the Reform Party to start talks on forming a government coalition and will be definitely ready to negotiate.

"At the moment, nobody has made us any invitation or offer. As I get it, the board of the Reform Party is meeting right now to discuss what to do next," Mikser told BNS on Friday afternoon, before the Reform Party had made the announcement about inviting Isamaa and SDE to government talks. "At the present moment I have neither the wish, and still less a mandate to say yes or no to an offer that has not even been made to us."

Mikser said that the board of SDE is scheduled to gather on Monday as usual, and he does not expect anything to happen which should necessitate convening a meeting of the board over the weekend.

According to Mikser, SDE has has operated with the knowledge that the invitation to government talks was made to the Center Party and his personal opinion has been that the invitation would be accepted, although that would not necessarily lead to the establishment of a coalition.

Mikser said he knew that there were influential players within the Center Party who were very skeptical and did not think that Center should establish a coalition with the Reform Party. However, since different opinions had been voiced, Mikser said he presumed that one would give a try at negotiations, try to get to the core of things and get an idea of whether it's possible to bring the positions closer to each other.

"It is Kaja Kallas' certain lack of experience that shows here: very definitive lines were drawn, which definitely is not a very wise thing to do in diplomacy. Taking a more flexible and diplomatic approach, it would have been possible perhaps to also get one's most important election promises into the coalition accord," Mikser said.

"Having 34 seats in the parliament does not give you the right to form the government, it only gives you the right to be the first to try and form a government. Then you also have to understand that the smaller partners have absolutely legitimate interests and expectations which have to be taken into account," he added.

In announcing its rejection of the Reform Party's proposal to start coalition negotiations earlier on Friday, Center cited Reform's wish to raise the tax-free amount of income to 500 euros for all residents as a key reason for turning down the offer.

Asked whether the board of SDE has discussed this and whether the same could represent red line for them, Mikser said no.

"We finished these elections in fifth place. We are not the ones that invite to negotiations. We will not be drawing any red lines before an invitation is made to us," Mikser said.

Asked by BNS how far is SDE ready to go for the sake of preventing the Estonian Conservative People's Party (EKRE) from becoming part of the government and whether SDE could joint the coalition just with the aim of excluding EKRE, Mikser said that for SDE a coalition with EKRE is definitely ruled out.

"I believe that a coalition which includes EKRE would be a very bad government for Estonia. This is what I can say today," he said, adding that there's no point in going through all hypothetical scenarios.

"That our results didn't meet expectations in these elections does not mean that Social Democracy is not necessary for Estonia. On the contrary -- I believe that Social Democracy must make it conclusions from it, move forward, and advances towards a significantly stronger outcome already in the next elections."

"Social Democracy has a one-hundred-year history in Estonia and a future longer than that for sure, so we definitely will not let our flag come down just because at one election our support was somewhat lower than we would have liked it to be," the  foreign minister of the outgoing Estonian government said.