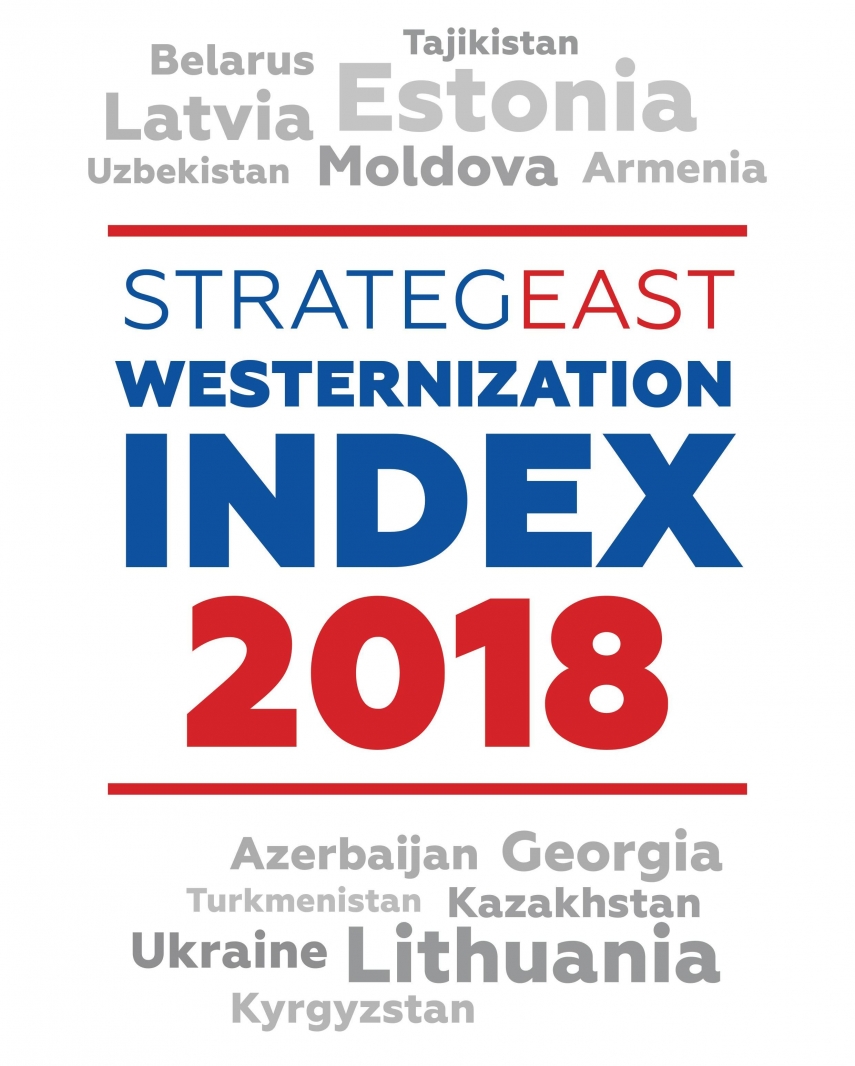 BRUSSELS - A new U.S.-based organization, StrategEast, has released its inaugural research index measuring the degree to which the countries of the post-Soviet, non-Russia region have adopted Western standards in their transition since independence.

The index looks at the 14 countries other than Russia that gained independence after the fall of the Soviet Union, measuring Western influence across 5 sectors: politics, economy, legal system, language, and lifestyle.

The 2018 report shows a wide range in scores: Estonia received the highest score of 93 of 100 points, while Turkmenistan received the lowest score of 17.5 points. The index groups countries into four categories based on their scores: Genuine Pro-Westerners, Pro-Western Facades, Balancing Pragmatists, and “Fortress” States.

First, the index is prepared for the West by the region it studies. Both the analysis and methodology were undertaken by local experts in each country.

Second, it analyzes the entire post-Soviet, non-Russia region, rather than looking only at sub-regions such as Eastern Europe, the Caucasus, or Central Asia.

Third, it measures each country’s wholesale integration into the Western world across several major sectors. It takes a broad, high-level view of the state of transition.

“This index fills a critical gap, helping us to consider how a shared past can lead to so many variations of the present. The research behind this report investigates in depth what are the factors that encourage development and transition, and brings clues how the West can support more accountable, stable, and efficient institutions that can better serve the region’s citizens,” said former President of Poland Aleksander Kwaśniewski in an introductory letter.

“We created this index to draw the international community’s attention to a region that is often overlooked. We want to facilitate a dialogue around the region’s shared history and challenges, find ways to create more stable and accountable institutions within the region, and help these countries become stronger partners with the Western world,” Motkin said.

StrategEast introduced the index and its findings at this week’s Brussels Forum, where it hosted a private dinner in coordination with the German Marshall Fund.

The full index report can be found on the organization’s website, at http://strategeast.org/strategeast-westernization-index-2018/