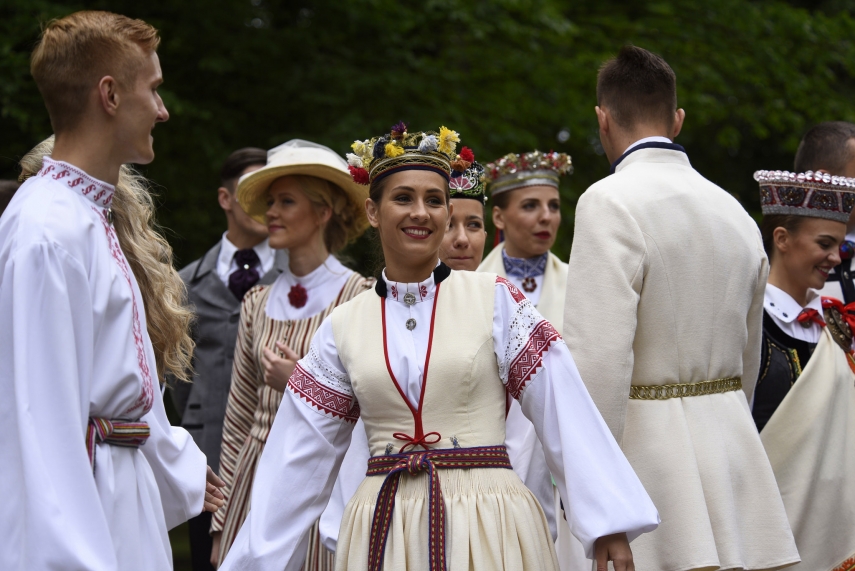 RIGA - The nationwide Song and Dance Celebration is significant to more than a third, or 39 percent, of Latvia’s population, whereas 52 percent do not care about the traditional festival, a survey conducted by Kantar TNS pollster shows.

The survey confirms that the Song and Dance Celebration is much more important to Latvians (ethnic Latvians and people speaking Latvian in their families) than non-Latvians. The festival is seen as significant by 54 percent of Latvians and 16 percent of non-Latvian respondents.

The ethnic aspect is also connected to lifestyle, as residents of rural areas more likely to consider the Song and Dance Celebration important than residents of cities. Kantar TNT representatives explained this by saying that most ethnic Latvians live in the countryside while ethnic minorities mainly live in cities, particularly Riga and Daugavpils.

As reported, the XXVI Song and XVI Dance Celebration is taking place in Latvia until July 8.