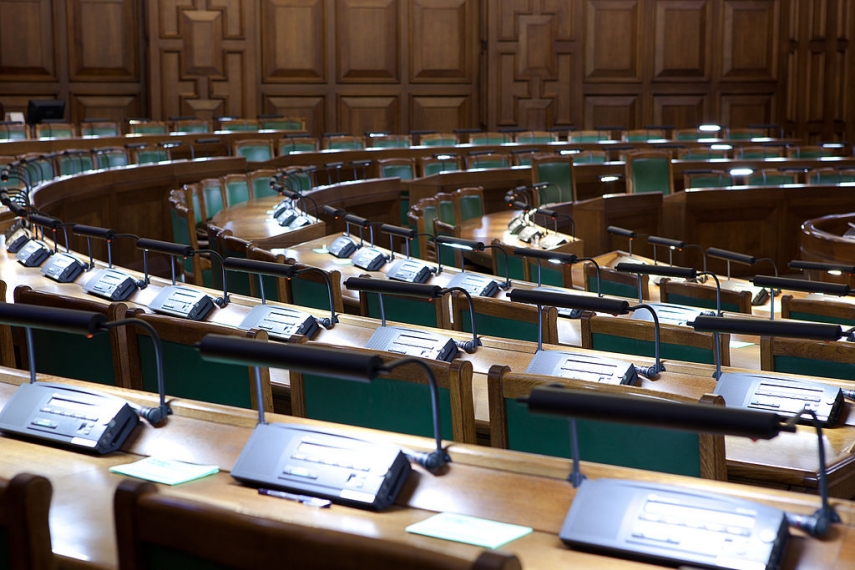 RIGA - The Central Election Commission decided on Friday to remove seven MP candidates from political parties' tickets for the 13th Saeima elections, and the commission will consider crossing out one more candidate's name at its next meeting a week later, LETA learned from the commission.

The Election Commission took the decision after it was notified by the Interior Ministry's Information Center that the candidates in question did not meet the Saeima Election Law's requirements.

One more MP candidate, Jevgenijs Sadovskis (For Latvia from the Heart) told the Election Commission that his conviction had been expunged, therefore he should be allowed to run in the elections. The commission was unable to get in touch with the Interior Ministry today, and the matter was postponed until next week.

Brandala, Krumins, Silinieks and Zeleznakovs have been removed from their election tickets according to Saeima Election Law's Section 5, Article 3, which stipulates that persons may not be included in the lists of candidates and are not eligible to be elected to Saeima if they have been convicted of an intentionally committed criminal offence, except cases when persons have been rehabilitated or their conviction has been expunged.

On the other hand, Zablockis, Taupmanis and Laicans will not be allowed to run in the election due to Section 5, Article 3 of the Saeima Election Law, which states that persons may not run in Saeima elections if they have committed a criminal offence in a state of mental incapacity or diminished mental capacity or who, after committing a criminal offence, have developed a mental disorder and thus are incapable of taking or controlling a conscious action and as a result have been subjected to compulsory medical measures or their cases have been dismissed without applying such compulsory medical measures.

As reported, the Central Election Commission has also received information about possible cooperation of four candidates for the upcoming parliament elections with the former Soviet security service KGB.

The Center for the Documentation of the Consequences of Totalitarianism (TSDC) has informed CVK on cooperation of the following lawmakers with KGB – Romualds Maculevics (For Latvia From The Heart), Arturs Malta (For Alternative), Juris Strusels (LSDSP/KDS/GKL), and Arvids Ulme (Greens/Farmers) – who have possibly served as KGB agents.

These candidates are not banned from running for the elections, but information about the fact on possible cooperation with GDP should be added to the candidate’s profile.