Searching for energy independence in the Baltic forests 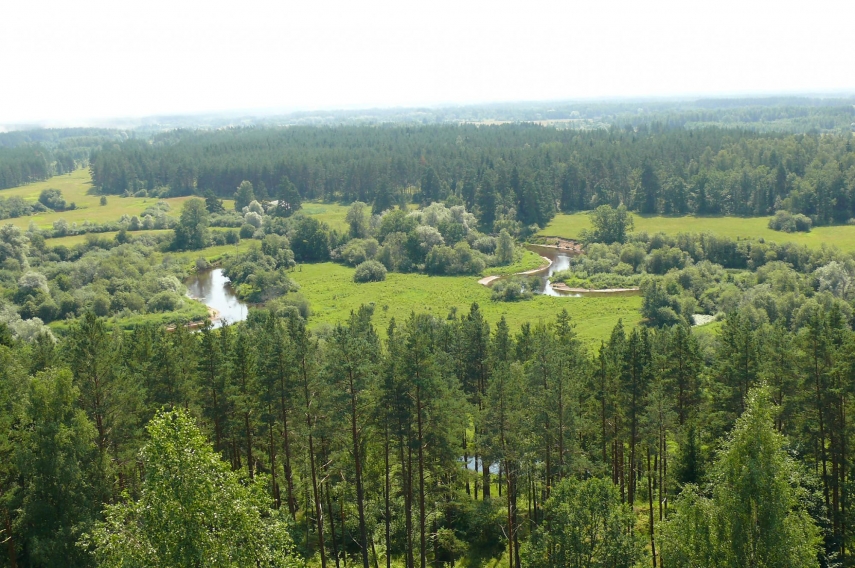 While EU policy makers for environment and energy gathered for an informal meeting in Riga’s National Library this week, producers, suppliers and investors in bio-energy had their own assembly across town in Hotel Latvia.

The annual Nordic-Baltic BioEnergy Conference of course featured a variety of jargon-filled technical and business-related panels. But two themes ran like a common thread through all the talks: decarbonising the energy sector and attaining European energy independence.

The Ukraine Crisis has finally woken up EU politicians to the fact that Europe is completely dependent on Russian oil, coal and gas — as Krišjānis Kariņš, Latvian Member of the European Parliament, noted during the opening panel. The former Latvian minister of Economics went on to applaud the steps currently being taken towards an energy union. A unified European energy market would enable companies to trade and expand across borders, would boost international collaboration and ultimately lower consumer prices.

The other panel members, among whom was Andris Piebalgs, former European Commissioner for Energy and current advisor on economic affairs to the Latvian president, were equally enthusiastic, although the panel did highlight some continuing challenges.

It is never easy to get 28 member states to agree on anything, Kariņš noted. There are still many obstacles, such as mismatched energy infrastructures and the issue of incentivising sustainable energy versus punishing polluting energy sources. All speakers seemed to agree that the current Emissions Trading Scheme (ETS) is not working out, and that a straightforward carbon tax might be the way to go.

Even in a room full of energy producers and investors there could be no doubt about it: climate change is happening and we need to decarbonise our economy in order to leave a healthy planet for our children and grandchildren. That means using energy more efficiently and drastically cutting down on fossil fuels in favor of renewables.

When talking about renewable energy, your first thought might be of innovative alternative energy sources such as photovoltaics (solar power), wind, or even bio-fuels from algae or soybeans. But Baltic and Nordic energy producers don’t see the need for such futuristic and experimental technologies. Instead, they are successfully exploiting the largest natural resource that the northern countries have to offer: biomass, specifically from forests.

The Baltic countries have traditionally burned biomass - such as wood chips, animal fat and forest residue - for both heat and power production. Even a country like Denmark, famous for its wind industry, relies on biomass for almost two-thirds of its domestic energy use, Michael Persons of the Danish bioenergy association showed.

Of course, “woody biomass” has come a long way from simply throwing a log in the fire. Innovations presented at the conference included highly efficient Combined Heat and Power (CHP) systems, and so-called “black” wood pellets, which are thermically treated so that they can be fed directly into any coal-burning plant, abolishing the need for separate infrastructure.

The overall mood at the conference is optimistic, almost jubilant. In the electricity and heating sector, biomass is fully competitive with petroleum, the president of the European Bioenergy Association Gustav Melin celebrated.

Transport, however, is still known to be a challenge for renewable energy: an electric truck would need a enormous battery to move its cargo. Very inspiring, therefore, was a presentation by Norwegian aviation supplier Avinor, about successful test flights using plant-based kerosene.

But it is not just sunshine and rainbows in the world of bioenergy. The competition between food and fuel for agricultural land, for instance, is a hotly debated topic. Can we both feed and power our ever-growing global society?

Yes we can! — said Dutch professor of Energy and Resources Martin Junginger. There is plenty of biomass around the planet; we just need to use our available (farm) land more efficiently, especially in Eastern Europe, Junginger believes.

Bio-energy is the way to go, even Finnish oil refiner Neste says, also represented in the speaker line-up. The company recently dropped the “Oil” from its corporate brand name, in order to get rid of “negative connotations” related to fossil fuels and show that they are looking into other sources of energy as well.