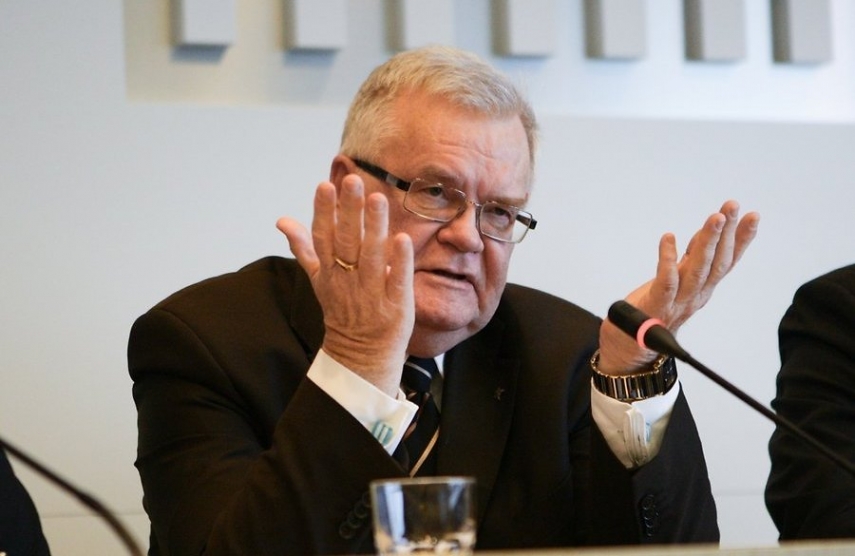 Doctors at Tartu University Hospital revealed at a press conference yesterday that Edgar Savisaar, Mayor of Tallinn and leader of the Estonian Centre Party, remains in a critical condition; his leg had to be amputated on Monday because of streptococcus infection and sepsis, Public Broadcasting reports.

Tartu University Hospital's Anaesthesiology and Intensive Care Clinic's director Joel Starkopf said that Savisaar arrived at the hospital on Wednesday. Initial symptoms pointed to pneumonia. It turned out, however, that Savisaar had a streptococcus infection caused by a minor leg wound, less than a centimetre long. The source of the bacteria is not known. He developed sepsis, requiring an operation to be quickly performed. On Thursday, one operation was performed that was successful, but before long the situation worsened again, Postimees Online writes.

Peep Talving, a visiting professor of emergency surgery at Tartu University Hospital, explained that the cause of the infection was streptococcus or so-called flesh-eating bacteria. Savisaar had toxic shock syndrome, which is why a number of his organs havebeen seriously damaged, including the kidneys. Doctors forecast that Savisaar will need surgery again tomorrow, possibly earlier if his condition worsens.

Dr Starkopf stated that the patient is not in an artificial coma, as has been reported in the press, but under anaesthetic, which helps him to better tolerate the treatment-related medical equipment. The family gave consent to reveal his medical history.

Savisaar has been mayor of Estonia's capital city since 2007, and also served as mayor between 2001 and 2004. He is also the chairman of the Centre Party, which earned the second-largest number of votes in the Estonian parliamentary elections this month and is currently the country's largest opposition party.