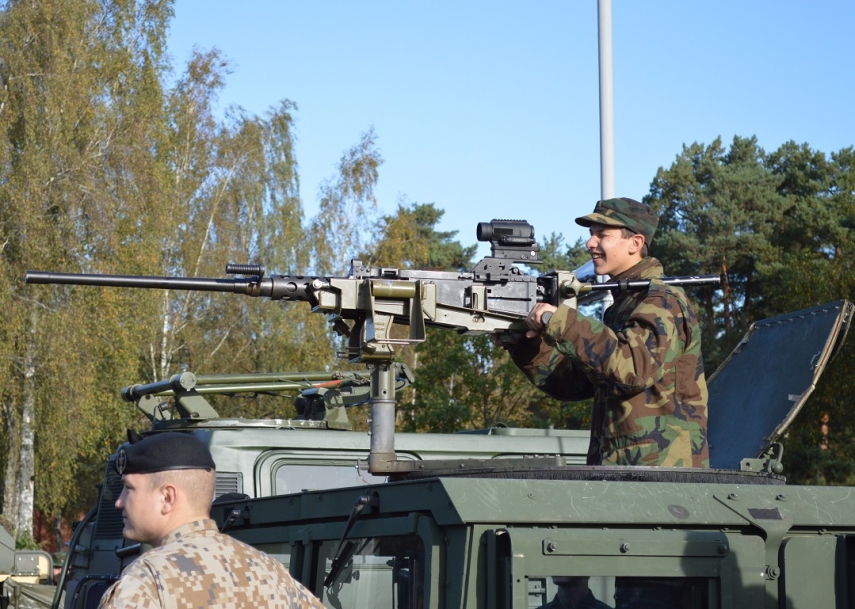 RIGA - Amendments to the Law on the Protection of Children's Rights, proposed by MP Karlis Serzants (Greens/Farmers) to ban Latvian children from participating in paramilitary camps in Russia and a few other countries, were passed in the final reading by Saeima today.

As reported, schoolchildren from Latvia's schools have on several occasions participated in paramilitary camps Soyuz in Russia, organized by the Russian association Courage of the Fatherland and Russian military intelligence veterans. The visits of schoolchildren from Latvia to the Soyuz camps in Russia were usually organized by the Soviet-Afghan War veteran Sergejs Ivans.

The Security Police indicated a few years ago that the involvement of Latvian youth in military and ideologically-oriented camps in Russia causes "long-term risk."

At the same time, the Security Police pointed out then that taking part in these camps is not against the law. The responsibility lies in the hands of parents, who have to acknowledge that their offspring can become "tools for promoting foreign interests in Latvia."