Russia sends note of protest to Vilnius over arming Ukraine 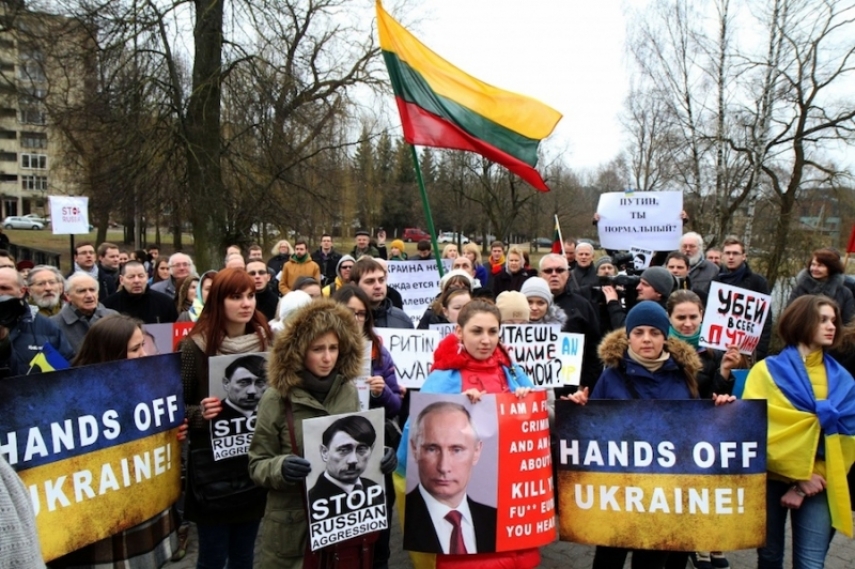 A pro-Ukraine rally outside the Russian Embassy in Vilnius [Image: bnn.lv]

The Russian Embassy in Vilnius announced on Friday that Moscow' was sending a note formally protesting Lithuania's  alleged actions in supplying Ukraine with weapons and ammunition, But in reaction to the announcement, Lithuanian Foreign Minister Linas Linkevicius has said that Vilnius is not breaching any international laws  by providing assistance to Ukraine and that it will not justify its actions to Russia.

The minister told Elta that he had learnt about the note only from media reports and still has not read the official document.

"This practice of turning the situation inside out and criticising us is no longer very surprising. We do not deny it, we have said repeatedly in the past that we are helping Ukraine in all areas," Linkevicius told Elta.

Last year, Lithuania publicly announced that it would send certain "elements of weaponry" to Ukraine, without specifying what form these would take; Lithuania is the only EU member state so far to have confirmed they are taking this action. The Russian note of protest stresses that such behaviour is against many rules of the European Union and is a direct breach of Lithuania's legal obligations regarding arms exports.

According to Linkevicius, the "elements of weaponry" which Lithuania is providing Ukraine with have no material impact on the resolution of the conflict and are more like a solidarity gesture with a country which lacks the necessary capacity to defend itself from aggression.